Not all drugs that are addictive are necessarily illegal. In some cases, the use of prescription drugs is medically necessary. Even the recreational use of drugs isn’t automatically a sign of addiction. Learn the drug misuse definition as well as the addiction definition to better understand the difference between the two.

What is the Drug Misuse Definition? 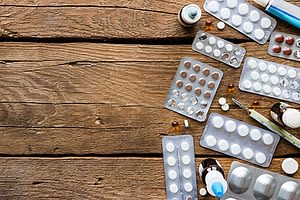 The simplest drug misuse definition is the inappropriate use of any drug. For illegal or illicit drugs like cocaine or heroin, that might mean any use at all. For prescription drugs, misuse means using the drugs without medical recommendation.

Drug misuse might mean taking a friend’s leftover opioid painkillers when you’ve had an accident. It can also include taking double doses of a painkiller that your doctor prescribes. Drug misuse could be the use of a drug like heroin, or it could even include the regular use of cannabis. While none of these acts are technically addiction, they’re drug misuse and can still be very problematic.

What is the Definition of a Drug Addiction?

Drug addiction is a condition where the individual has a chemical, behavioral or emotional dependence on the use of a drug. In most cases, addiction represents a combination of all three of those concerns. Once a person has a drug addiction, that drug will become the focus of his or her life. Everything else will pale in comparison to the use of his or her preferred substance.

Addiction is also the use of a drug despite negative consequences. If using heroin leads to serious physical problems, but the use continues, then addiction is virtually certain. If a person abuses benzodiazepines and loses contact with all family members as a result, but continues use, then they clearly have a dependence on the drug.

How Drug Misuse Can Become Addiction

Drug misuse and drug addiction are distinctly separate things, but there’s often a connection between the two. It’s very common for drug misuse to become an addiction. In the case of highly addictive illegal drugs, misuse can rapidly turn to addiction because the brain starts to crave more and more of the substance.

Even the misuse of medications that doctors prescribe can become addictive behaviors. Certain drugs, particularly opioid painkillers, just aren’t meant to be a long-term solution. Using them for an extended period can lead to tolerance, which in turn leads to a dependency.

Fighting back against drug misuse or addiction can be challenging, but professional support makes a big difference. At Crestview Recovery, both outpatient and partial hospitalization rehab options are available. In both formats, clients can look forward to a wide range of treatment methods and therapies for recovery. Some of the most effective of these methods include:

Knowing the drug misuse definition might reveal that you or someone you love needs medical help. At Crestview Recovery in Portland, Oregon, you can get support as you fight back against drug use, abuse, and addiction. Call 866.262.0531 to turn over a new leaf and work toward the recovery you deserve.