What the Heroin Epidemic is Doing to America

Over the past decade, heroin consumption has increased fivefold. As heroin use increases, more and more people suffer as a result. The heroin epidemic is impacting America in a major way, and it will take action to turn it around.

Prescription Drugs are on the Rise 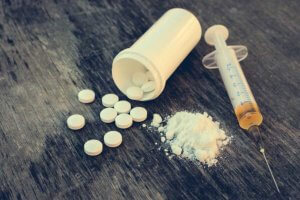 Heroin is an opiate. A person with an addiction to opiates can get the high they seek with both heroin and opioid painkillers. As America’s heroin consumption increases, so does its consumption of prescription medications.

It’s impossible to separate the growing epidemic of opioid prescription drugs and the epidemic of heroin use. The two are closely linked and one might even be causing the other.

The opioid epidemic is definitely increasing demand for prescription opioid drugs. In many cases, the patients receiving these drugs don’t actually need them for legitimate medical reasons. This means there are more prescription drugs floating around throughout the country as well as more opportunities for people to have an addiction.

Drug Use is Viewed as Commonplace

If a person knows others who use heroin, they’ll begin to see it as more common. One of the main factors that lead to drug abuse is availability. If heroin is around, it increases the drug’s visibility and appeal.

The bottom line is that nobody should ever view heroin as an everyday substance abuse. The myth that people can consume it recreationally, like alcohol, is dangerous. That misconception is one of the legacies that the opioid epidemic is leaving behind.

Government Costs are Rising to Treat and Care for Addicts

The heroin epidemic is, quite frankly, expensive. Individuals that abuse heroin have to pay for the drug, and perhaps pay later for treatment. The government also has to bear the burden of significant costs at every step of the process.

Federal and state governments cover a lot of the medical care for those who overdose on heroin. In 2015, more than 13,000 people died from a heroin overdose. Emergency response teams were able to save thousands more, but at a price.

How to Tackle the Heroin Epidemic One Case at a Time

Ending the heroin epidemic isn’t an easy job. More education about the dangers of drug abuse might be a good place to start. It’s also vital for everyone to understand the risks of heroin use. If you notice that a loved one is abusing heroin, Crestview Recovery can help.

At Crestview Recovery, we tackle heroin addiction one patient at a time. A variety of treatment methods is available, including:

The heroin epidemic is changing America, and not for the better. At Crestview Recovery in Portland, Oregon, you can escape heroin abuse and commit to a healthier life. Begin your journey to recovery through our addiction treatment programs by calling 866.262.0531 today.