A lot of natural substances can cause either psychological or physical addiction. One example is kratom. Of course, any substance that can cause addiction can also cause withdrawal. Knowing the kratom withdrawal symptoms is important when it comes to understanding this drug. 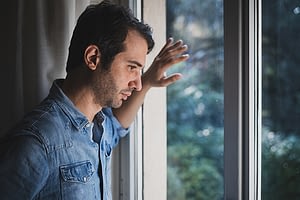 Kratom isn’t a well-known drug like some of the more popular substances that the media covers on a regular basis. The drug comes from the kratom tropical plant that grows in parts of Southeast Asia. While some people chew the leaves, others brew the powdered or dried leaves in teas.

The leaves contain opioid-like compounds that produce pain-relieving and euphoric effects. It’s important to remember, however, that the leaves don’t contain opium. Instead, the substance inside of the leaves contains plant alkaloids that work on the same receptors as opiates. That’s why people get a similar high when they use kratom.

In a sense, kratom is addictive. However, it’s not physically addictive in the same sense as the opium that it imitates. In fact, the drug is legal in 46 states except for Tennessee, Wisconsin, Vermont, and Indiana. This makes it a reasonably easy drug for people to get their hands on.

Why do people take kratom? Since kratom acts on the same receptors as opium, it produces some pain-relieving effects. On that same note, some people even use it to wean themselves off of alcohol and opioid drugs.

On paper, it sounds like kratom is a miracle drug that people can buy online. However, the Food and Drug Administration has warned about its potential dangers. It states that kratom has the potential for abuse and addiction. Studies even show that some people experience kratom withdrawal symptoms when they stop using the drug cold turkey.

What happens if people abuse kratom and then stop taking it? If they stop after taking the drug for a long time, they’re likely to experience kratom withdrawal symptoms. The severity of the effects varies depending on the dosage and how long that they took the drug. However, some of the most common side effects include:

While these symptoms aren’t as extreme as opiate withdrawal, they can still cause a relapse. In fact, many people go back to using kratom after a couple of days of not having it. One reason is because of how easy it is for them to get their hands on the drug. The other reason is to make withdrawal symptoms stop.

Like opium, kratom doesn’t cause life-threatening withdrawal symptoms. However, it’s a good idea for people to seek professional help when they want to detox from the drug.

Crestview Recovery Is Here to Help You With Kratom Addiction

Do you or a loved one have a kratom addiction? If so, we know that once you beat your kratom withdrawal symptoms, you don’t want to use the drug again. That’s why we offer our own kratom addiction treatment program. We strive to help you during every step of the recovery process.

At Crestview Recovery, we offer programs that aid your efforts to overcome nearly any drug addiction. We even provide gender-specific treatment for men and women. Offering these programs allow us to treat more people and deliver comprehensive care. A few of the programs that we offer include:

Learn more about kratom withdrawal symptoms. Let us help you fight back against this potentially addictive drug. Reach out to Crestview Recovery today at 866.262.0531.