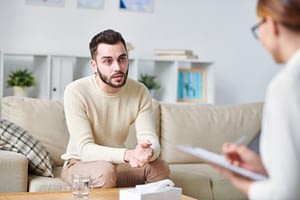 Cocaine is a stimulant used for its potential to boost energy and create a sense of euphoria. Users snort, inject or smoke this highly addictive drug. Cocaine addiction can cause heart damage, organ and tissue damage, brain damage, tooth decay, and violent, dysfunctional behavior. At Crestview Recovery, we offer a cocaine addiction treatment program to help clients move forward in their recovery during substance abuse treatment.

“This is a wonderful treatment center, this place saved my life. Treatment is what you make of it, some people just aren’t ready to get sober. However, if you are genuinely ready to give recovery an honest chance this treatment is the perfect place to go.”

The coca plant has been used — in small doses — for centuries by many South American cultures for its energy-inducing properties. In the 1800s, the German pharmaceutical company Merck began extracting pure cocaine from these same leaves and marketing the drug as a cure for morphine addiction. The drug was also used to restrict blood flow during surgical procedures and as a cure for insomnia. Cocaine was outlawed in the U.S. in 1914 after being used for years in over-the-counter medications and other products. While possession of small amounts of cocaine is no longer a criminal offense here in Oregon — people caught with small amounts will either pay a small fine or complete a substance abuse evaluation — the drug is still very dangerous in large amounts, especially when used over a long period of time.

Side Effects of Cocaine Use

The results of cocaine that users look for include increased energy and confidence; however, the negative side effects often outweigh the benefits. If your life has been negatively affected by chronic cocaine use, it is likely that using cocaine causes you to feel functional while causing utter dysfunction. Cocaine use can also lead to an overdose, which could cause a coma, organ failure, or even death.

There are several short-term side effects of cocaine use. Cocaine increases heart rate, pulse, and blood pressure. While that may not pose a threat to some, it can cause severe problems for people with existing cardiac conditions. Cocaine consumption also disturbs sleep for at least 24 hours after consumption. It may also cause erratic or violent behavior. Cocaine use also causes digestive problems and severe insomnia. In extreme cases, it can also lead to hallucinations or seizures.

Prolonged cocaine consumption causes the side effects of cocaine use to intensify. Permanent damage to the cardiovascular system is possible. A decrease in appetite can lead to unhealthy weight loss as well as malnutrition. Depression, anxiety, and other mood or personality disorders can appear or worsen with cocaine abuse and addiction. Cocaine also causes dental and nasal problems when used long-term.

Since many people use cocaine occasionally, it can be difficult to determine whether a person is addicted to cocaine. The best way to determine if someone is addicted is to determine whether chronic use of the drug prevents them from living the life they want. If someone you love is addicted to cocaine, seeking substance abuse treatment may save their life. When used regularly for an extended length of time, cocaine makes it difficult for people to enjoy the things that give life meaning. If a known cocaine user loses interest in their former passions, shows frequent signs of social and occupational dysfunction, this may be the result of cocaine addiction. Cocaine use causes pupil dilation, fidgeting, muscle tics, hyperactivity, and weight loss.

Cocaine users might also display substantial mood swings. Alternating periods of lethargy and hyperactivity could be a sign of reliance on cocaine. If you or a loved one is exhibiting any of the above signs, it’s time to find a cocaine treatment program.

People sometimes dismiss cocaine dependency because withdrawing from cocaine does not present the intense physical withdrawal symptoms present in opiate or alcohol withdrawal. For many people, this actually makes it harder to stop using the drug; however, if promises to cut back on cocaine use continue to fall short, your best bet is to check into rehab before the problem gets any worse.

Psychological addiction to cocaine is often the hardest part to overcome, but the physical symptoms can also be difficult. Frequent cocaine users develop a dependence on it, meaning they need to have it in order to feel high and feel normal. Once dependence has developed, an increased tolerance will happen. When they try and stop, severe withdrawal symptoms will occur.

Once someone becomes addicted to cocaine, it is very hard to stop. This is mainly because of the abnormal levels of dopamine in the brain caused by drug use. This abuse eventually reprograms the brain’s reward system. Without professional help, an individual’s life is at risk. If you may have a cocaine addiction, the earlier you can treat this dangerous addiction, the better. The professional addiction treatment specialists at Crestview can help you safely and comfortably move forward in your recovery and in your life.

How Does Cocaine Addiction Start?

Cocaine use usually happens in an environment where other substances are being used. So, cocaine addiction may go hand in hand with a dependence on other substances, such as alcohol or marijuana. This is called poly-drug use and is especially dangerous, as it increases the risk of fatal overdose. Since cocaine and alcohol are so frequently used together, alcohol can be a trigger for recovering cocaine users. When seeking treatment for cocaine addiction, it is important to avoid using any drug that makes you feel intoxicated or impairs your judgment, even drugs you aren’t addicted to. Using heroin and cocaine together (known as a “speedball”) is also too common and is one of the most dangerous cocaine combinations.

Cocaine may seem attractive to some because it is a stimulant that produces effects of euphoria and alertness similar to caffeine. But it’s not comparable at all to drinking a few cups of strong coffee. Cocaine is addictive, expensive, and dangerous. Over time, cocaine negatively affects every part of the body, with the potential for severe long-term effects. It can cause changes to genetics in brain cells, nerve cells, and proteins, among other permanent damage.

Is my Loved One Addicted to Cocaine?

Cocaine abuse is particularly dangerous because continued use can cause strain on the heart. The most common cause of death of infrequent cocaine users is a stroke or cardiac arrest. If you or someone you know is abusing cocaine, professional help should be sought out immediately. Identifying the signs of cocaine abuse is the key to getting the right treatment and finding the road to recovery.

Physical signs of cocaine abuse can include:

Pupils that are frequently dilated

Behavioral changes also occur, such as:

At Crestview, we have a range of treatment programs that can be customized according to your unique requirements. Among our programs, you will find:

“The Staff (Garret and Jackie) plus the House Mangers were outstanding. The communication exceeded our expectations and we know our loved one is on the best path possible. We cannot thank Crestview enough.
“

We also offer a variety of therapeutic programs to help you on your recovery journey, including:

In group therapy, you will interact with individuals who have had similar experiences and have similar sobriety goals to yours.

Begin the work of rebuilding your relationships with your family alongside you.

Crestview Recovery has a program that suits your needs no matter the severity of your addiction or where you are on your recovery journey. We provide 24/7 support and supervision as well as medical and psychiatric services. No matter how lost or hopeless you feel, recovery is always possible.

Once you recognize a cocaine addiction, finding addiction treatment programs for recovery is vital. A good drug treatment facility will offer programs designed to help patients recover from addiction and move on to a sober living program. Following detox, a range of comprehensive programs and therapies can explore the causes of addiction, help prepare clients for independent living, and prevent relapse.Some of the top therapy and treatment options to fight addiction include:

After you or a loved one struggles with a cocaine addiction, a drug treatment program can help. At Crestview Recovery in Portland, Oregon, each member of our treatment team is committed to helping people achieve their goals and live a life that isn’t dominated by drugs and alcohol. Reach out and call 866.262.0531 to start making positive life changes today.