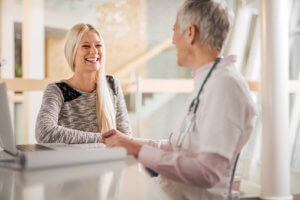 Everyone seeking addiction recovery benefits from different levels of care. Depending on the severity of their addiction, some individuals are able to start at an outpatient level of care. For those who still need a strong level of supervision, but don’t necessarily need to be monitored 24/7, a partial hospitalization program may be the answer.

More than 5.5 million people in the United States used hallucinogens in 2018

Addiction doesn’t have to take over your life. Allow Crestview and a PHP to help you overcome your dependencies.

Who Needs a Partial Hospitalization Program?

A variety of people come to our PHP treatment program. The common denominator is that they all struggle with an addiction. According to the American Psychiatric Association, an addiction is a complex condition that makes a person compulsively use drugs or alcohol, despite harmful consequences.

What Counts as an Addiction

People who struggle with an addiction show a variety of symptoms. The National Institute on Drug Abuse gives 11 criteria of a person suffering from an addiction, including:

No matter how severe your substance use disorder is, you should seek treatment as soon as possible. It is easier to treat a mild dependency than it is a severe disorder, but a severe addiction indicates that you may be at risk for significant health effects.

How Does a Partial Hospitalization Program Work?

Patients in the partial hospitalization program undergo the same therapy and participate in many of the same activities as patients in a residential program. The main difference is that PHP patients don’t live on the same campus as the treatment center.

Benefits of a PHP Treatment Program

While every type of treatment program has benefits, the advantages of a PHP treatment program are unique. For one thing, you get the benefits of both individual and group therapy. During individual therapy, you and a counselor will sit down one on one. Then, you will talk about how to process the emotions you may be encountering as a result of the recovery process. This process is helpful in determining how you feel about the recovery process and creating coping mechanisms for negative emotions.

Alternatively, during group therapy, you can listen to other people share their experiences, and share your own. This process allows you to learn from what other people are experiencing. Moreover, it helps you to cultivate friendships that could potentially last for a lifetime.

Moreover, you can participate in other therapy options, such as:

During this therapy program, you will work on rebuilding relationships you may have damaged while you struggled with addiction. This program can help you establish boundaries and build healthy lines of communication.

Many people who struggle with addiction don’t have essential life-skills, such as going grocery shopping or creating a budget. During life skills rehab, we teach you these skills and allow you to practice them.

These nontraditional therapeutic methods allow you to focus on healthy ways of coping. Holistic therapy options may include yoga therapy, meditation therapy, or nutritional therapy.

Some people struggle with addiction because it’s a coping mechanism to make it easier to live with a significant trauma, such as a death or a physical attack. Through trauma therapy, we help you process these events and give you methods of overcoming your trauma, allowing you to leave your past in the past.

We offer a variety of other therapeutic options that could assist you in overcoming your addiction. To learn more about our therapeutic programs, call Crestview Recovery today.

Get the treatment you need at Crestview Recovery, and begin a brand new life today.

How Individuals Benefit from a Partial Hospitalization Program

There are two primary scenarios in which individuals should enroll in a partial hospitalization program. The first is if they need structure and supervision. In the second scenario, the individual will already have completed an inpatient program elsewhere but isn’t quite ready for life in outpatient yet. This program is considered a step-down.

One of the most significant advantages of this type of program is that it allows those in recovery to attend to their home and work lives, while still getting the structured help that they need. Individuals who choose partial hospitalization attend treatment five days a week for at least eight hours as they learn essential coping mechanisms for overcoming active addiction. However, you can also attend school or go to work if you need to. Moreover, you’re around family members who want to help and encourage you in your sobriety.

At Crestview Recovery, we want to see you succeed in sobriety. You’ll never have to decide on which treatment program is best for you alone. Whether you need a partial hospitalization program in Portland or a different level of care, start your recovery journey by speaking to an expert who can point you in the right direction. Call 866.262.0531 today.