When it comes to addictive drugs, there are few that are more addictive than morphine. In fact, morphine addiction is on the rise around the world as the drug becomes easier to get. Below is more information about the morphine addiction rehab program at Crestview Recovery Center.

Morphine is a prescription drug that doctors prescribe to treat moderate to severe pain. Brand names for morphine include Avinza, Roxanol or Kadian. Doctors try to avoid prescribing morphine when possible because of how addictive it is.

How Does Morphine Work? 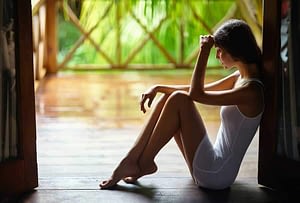 Despite being an addictive drug, doctors continue to prescribe morphine today. The drug first hit the market in 1941 after the Food and Drug Administration gave it the “OK.” However, it’s important to remember that people have always needed a prescription to obtain morphine legally. Sadly, some people manage to get their hands on it illegally and sell it as a street drug.

Addiction is hard to spot when people don’t know what to look for. Despite this, there are a number of key side effects that can make morphine addiction more obvious. Some of these include:

It’s important to seek help for someone who suffers from morphine addiction as soon as possible. The overdose potential of this drug is high and can lead to seizures, memory loss, and even death.

What is Morphine Sulfate?

Morphine abuse can cause a number of problems. One of these is a change in physical appearance. For example, people who abuse morphine usually have poor hygiene and needle marks from injecting the drug. Other problems affect people both mentally and socially.

Mentally, morphine abuse makes it difficult for people to concentrate. Poor concentration often leads to bad grades in school or poor job performance. People who abuse morphine often start to make poor decisions. For example, they may begin stealing or spending excessive amounts of money to fuel their drug problem.

Socially, people with morphine abuse problems typically develop poor reputations. If they start stealing to fuel their drug problem, for instance, those closest to them begin to distrust them. Sometimes users even fake injuries just to get another prescription.

People who abuse morphine often start to withdraw from friends and family. They may start spending more time with new friends who like to use similar drugs. Making friends with these kinds of people helps them form connections so that they can find more morphine.

Get Help for Your Drug Abuse Problem at Crestview Recovery

No one should have to deal with a drug abuse problem alone. At Crestview Recovery, we can help you down the road to rehabilitation. We offer a number of addiction treatment programs, including treatment for morphine addiction.

Crestview Recovery offers treatment for both men and women. Some of the programs that we offer include:

Our friendly and caring staff have the skills and knowledge to treat a wide variety of addictions. We offer heroin, cocaine, and prescription drug treatment. Our facility has 30 beds so that we can provide an intimate one-on-one approach to treatment.

Don’t let morphine addiction control your life or the life of a loved one. Instead, let Crestview Recovery help you get your life back in order. Give us a call today at 866-580-4160 for more information about how we can help you.