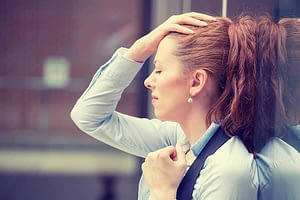 Many people struggle with opiate addiction. Each year, more and more individuals die as a result of an opioid overdose. The opiate epidemic in the United States is at a high that the country has never seen before. The problem is affecting people of all ages. More people are using stronger, dangerous opiates sooner in their lifetimes, which is a huge issue. Read on to learn more about the opiate addiction rehab program at Crestview Recovery Center.

By the year 2017, over 17% of the U.S. population had an opioid prescription. The average person received 3.4 prescriptions.

You may not have intended to become addicted to prescription opioids, but now you need help yourself break free from addiction. Call Crestview Recovery at 866.262.0531 today. We can help you take the first step in overcoming addiction.

Opiates come in many forms. They derive from opium extracted from the poppy plant or are created within a laboratory. Many people use these drugs to manage pain. However, because of their potency, professionals should closely monitor and control opiate use. It is vital for health care professionals, patients, and their advocates to ensure that patients are using opiates to treat pain as directed.

Some of the most common forms of frequently abused opiates include:

Codeine is designed to relieve light pain and coughing and is one of the least potent opioid painkillers. Doctors frequently prescribe codeine and it can be found in some OTC (over-the-counter) medicine. However, the doses are strictly outlined to treat each specific issue.

People who abuse codeine often mix it together with sugary, carbonated drinks to create narcotic mixtures for parties. Therefore, it is important for patients to monitor their prescriptions to make sure they are not using codeine for inappropriate purposes or forming a painkiller addiction.

This is one of the lab-created opiates. As such, it can be up to 100 times more potent than morphine, which was one of the first opiates used to relieve pain. Doctors only prescribe fentanyl in extreme cases when a patient is not responding to other medications. Unfortunately, abusers of fentanyl often mix the drug with other painkillers for illicit purposes. This creates dangerous situations. Individuals who inadvertently abuse fentanyl routinely overdose or suffer death.

This painkiller usually comes in tablets and is very strong. Like fentanyl, abuse of this painkiller can quickly result in death from even one use.

Abusers of this painkiller frequently combine this drug with Tylenol or Advil. However, when an individual suffers from opioid use disorder they can quickly develop a dependency on the medication and need Vicodin addiction treatment.

This narcotic is outlawed nearly everywhere. However, it is readily available as an illicit drug and allows drug abusers to continue in their addiction. 80% of first-time heroin users came to heroin after misusing prescription opioids.

While these are some of the most common forms of abused opiates, it is not a comprehensive list. Each of these opiates has the ability to decrease pain, which is why they are so commonly abused. Each opiate works on the brain’s chemistry in a similar way but to different degrees. Additionally, regular people can obtain each of these opiates through a prescription. Unfortunately, sometimes the medication or dosage is so strong that patients often run into issues and may require over the counter drug addiction rehab. 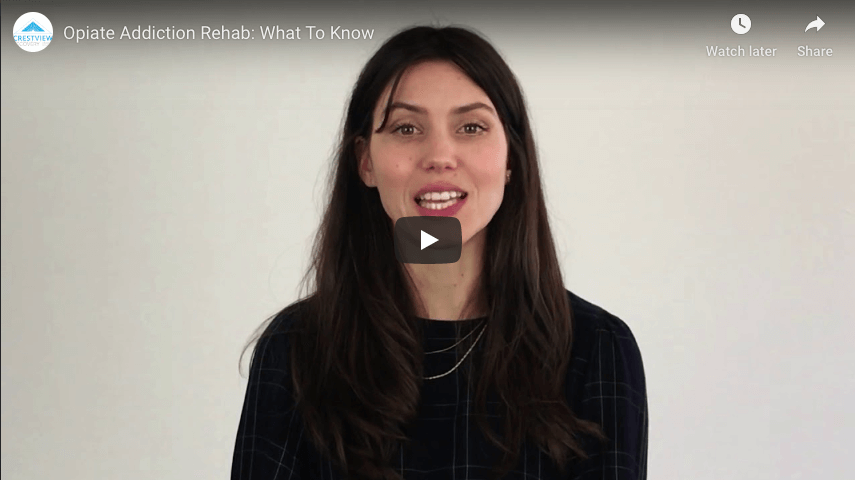 “I can’t speak highly enough about Crestview. I am helping my brother navigate his road to recovery from a horrible addiction to alcoholism. He has been in and out of various levels of treatment facilities for about five years but what makes Crestview so special is that his ‘care team’ truly cares about him and communicates with me when I have concerns or questions. It is quite rare to have the unending support of educated and compassionate people that I can talk to and troubleshoot issues with. They communicate better than any facility my brother has been to over the last five years and they do so with incredible empathy. They have become a second family. I thank them from the bottom of my heart. I recommend Crestview for struggling addicts that want to feel that their lives truly matter because they do!”

One of the most common ways that individuals can form an opiate addiction is by receiving a prescription after an injury. Doctors may prescribe opiates when people hurt themselves, have chronic pain, or are recovering from surgery. Additionally, many people turn to opiates to give themselves euphoria or an escape. Many people do not realize how quickly a painkiller addiction can progress into something potentially fatal.

Most people can take opiate medications without a problem. However, some people develop issues immediately due to genetics. These individuals generally begin craving opiate drugs after the first use. Others may have never experienced a problem with drugs or alcohol before, but develop a major issue when they begin using opiates. The long-term use of opiate-based medications can lead to tolerance, abuse, and then a severe addiction. This is why many opiate users have to seek help from a drug addiction rehab facility.

We provide patients with a variety of therapies to address their needs such as:

How the Opioid Problem Progresses

When people take opiates on a regular basis, their bodies begin to need the medication to feel normal. Opiates target the specific parts of the brain and alter the brain’s communication with pain receptors. This gives individuals relief from pain and allows them to heal without being in discomfort. However, because opiates trigger the release of such large amounts of brain chemicals like dopamine, the body can become used to the sensation.

This tolerance can lead to dependency. Because of this, when people can no longer get the medication from a doctor, they may begin buying it illegally. This can be very expensive, causing many people to eventually turn to a more potent drug, like heroin.

If an individual does not get the opiate drug fix they need, they can develop harsh symptoms of opiate withdrawal. These withdrawal symptoms can be severe. This is why many facilities have patients go through medically supervised opioid detox before entering a treatment program. Some common withdrawal symptoms include:

In medically supervised detox, patients are given a safe, secure space to undergo withdrawal. This allows our Crestview recovery staff to monitor patients to help as they experience acute symptoms. Additionally, medical professionals are near at hand so that if a patient develops complications, they can receive immediate attention. Self-detox can be dangerous and is regularly ineffective. There are many benefits of medically supervised detox and it sets up patients to enter an addiction treatment program on a strong footing.

Do not let prescription opioids or opiate addiction control your days. We can give you the support you need to take back your life.

Those Looking for a New High

Many people develop opiate addictions because they are simply looking for a way to get high. More specifically, this group is generally either looking to experience euphoria, avoid feeling a difficult emotion, or find an escape. In fact, alcoholics often eventually begin to abuse opiates in conjunction with alcohol to enhance the high.

When people progress to abusing heroin, they put themselves in a very dangerous situation due to its potency. Heroin is much more potent than morphine, and drug dealers are starting to cut it with Fentanyl.

Fentanyl is a prescription opiate that is 100 times more potent than morphine and 50 times stronger than heroin.

There are many different reasons why a person will start using drugs. However, most people continue using eventually to feel “normal.” Most people who struggle with opiate addiction want to stop but find it impossible to do so due to painful withdrawal symptoms.

As a result, the first step to getting better is going through a medical detox to deal with the symptoms of withdrawal. Then, treatment helps these individuals identify the root of their addiction as they begin the long road to drug recovery.

Crestview Recovery provides top-notch drug prescription drug rehab. Some of the programs we provide to patients include:

When you’re ready to begin a new life of sobriety, you need to learn about addiction and how to prevent relapse. Our facility gives men and women the opportunity to learn how to maintain sobriety once they leave treatment. You can find out about our treatment programs by calling 866.262.0531 today.