Over the Counter Drug Abuse

Drug addiction isn’t always related to street drugs such as marijuana, cocaine, or heroin. Drug abuse can also include common substances. Over the counter drug abuse refers to abuse of common medicines, including cough medication, painkillers, motion sickness or cold medication. These medicines are easily available, and individuals can also abuse them to reach a high.

Many of the most misused over-the-counter substances are items you probably have in your medicine cabinet. 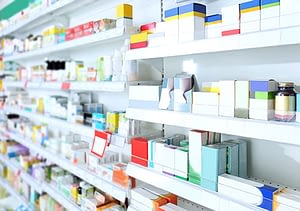 Cough medicines contain a chemical called dextromethorphan, or DXM. According to the National Institute on Drug Abuse (NIDA), extra strength cough syrups, gels, and capsules with DXM have a high risk of abuse.

Many people mix DXM with soda to add flavor, and many others inject it to get a faster high. DXM abuse commonly occurs alongside other substances, such as marijuana or alcohol.

Over the counter drug abuse with DXM can lead to intoxication, typically experienced with marijuana or alcohol. High doses can also cause hallucinations, anxiety, extreme panic, aggression, and hyper-excitation.

Common cold medication, such as Sudafed, contains a chemical called pseudoephedrine. It’s effective in treating symptoms of sinus congestion, hay fever, and nose blocks. Pseudoephedrine is also a stimulant like caffeine and can cause a high.

A large number of people have the habit of using OTC painkillers to treat headaches, joint pains, or knee injuries. Popular pain relievers sold over-the-counter, like Tylenol, contain acetaminophen. There are also other types of painkillers, called non-steroidal anti-inflammatory drugs or NSAIDs, which include ibuprofen (Advil) and aspirin.

Additionally, long-term abuse of such medication can cause serious liver damage. Other common side effects include sweating, diarrhea, nausea, or stomach upset.

Many people take pills to prevent motion sickness. These pills contain dimenhydrinate, a chemical that is dangerous in high doses. Serious side effects of overuse include nausea, seizures, hallucinations, irregular heartbeat, coma, and at times, death.

Crestview Recovery in Portland, Oregon specializes in giving personalized and compassionate attention all through the rehab process.

The wide-ranging programs at this 30-bed facility include:

Let addiction be a thing of the past. When you’re ready to take your first step, call us at 866.262.0531 today to begin working toward an addiction-free life.