You may wonder what is MDMA, but there’s a good chance you’ve heard of it, use it, or have friends who use MDMA. In popular lingo, MDMA is ecstasy or molly. The substance is a popular party drug, but it can also be extremely dangerous and have a risk for addiction. 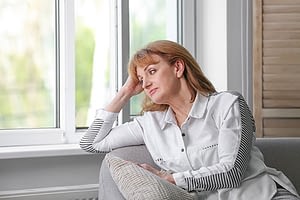 MDMA or 3,4-methylenedioxymethamphetamine is a derivative of amphetamines, a type of stimulant that’s legally used in the treatment of ADHD and narcolepsy. Originally, it was a psychotherapy medication and went on to become a hit in the rave party scene. MDMA is a Class A drug, which includes all illegal narcotic drugs that have a high potential for addiction.

What Effects Does MDMA Produce?

MDMA is sought-after for the heightened sensory experiences it causes. Most people seek its effects in enhancing senses and empathy. Although it’s uncommon for people to overdose on MDMA, it can be fatal if you suffer a bad reaction to it. There have been tragic incidents where teens have lost their lives unpredictably during their first encounter with MDMA.

If you are finding it difficult to enjoy a party or your weekends at nightclubs without MDMA, then you may have an addiction to the party drug.

Once you understand what is MDMA, it’s important to recognize the signs of addiction. Those who have been using MDMA for over two years report cognitive impairment with regard to memory and attention. Finding it difficult to sleep? Feel depressed frequently? You could be experiencing the side-effects of MDMA-filled pills over an extended period of time.

In rare cases, the increase in body temperature caused by taking MDMA can lead to a swelling in the brain or kidney failure. Other dangerous effects of MDMA include:

If you’re a parent, you should know that ecstasy is a major drug problem in the United States. Despite the passage of the Synthetic Drug Abuse Prevention Act in July 2012, which banned many of the compounds used in molly, chemists continue adjusting the chemical composition of substances to bypass control. If you suspect that your son or daughter is using MDMA, rehab is essential.

What is MDMA? If you need more information, we can help you. Our ecstasy addiction rehab offers comprehensive, holistic healing in a supportive environment. Our gender-specific plans tailored to each individual patient have helped younger and older patients give up party drugs. In addition to these programs, we also offer other addiction treatment programs, including:

To learn more about these programs, call us at 866.262.0531. Get started on your path to healing with Crestview Recovery Center in Portland, OR.