Why Symptoms of Withdrawal Require Rehab

Once people start abusing drugs, they may have to battle withdrawal before they can start rehab. However, some people mistakenly think that they can handle symptoms of withdrawal on their own. In truth, trying to handle withdrawal without professional help can lead to relapse and regret.

What Are Symptoms of Withdrawal? 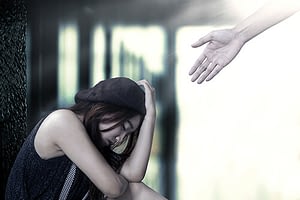 Why People Should Seek Professional Help

Withdrawal makes people feel uncomfortable. Sometimes, they become so uncomfortable that they use drugs to stop the symptoms. Studies show that people who don’t seek professional help are much more likely to relapse than those who do.

In some cases, drug withdrawal puts people’s lives in danger. For example, the symptoms for some drugs include seizures and deep depression. The suicide rate is also higher for people who attempt to detox alone. Professional rehab centers can help people handle these withdrawal symptoms. Crestview Recovery will help to refer you out to a trusted detox center.

How Long Do Symptoms of Withdrawal Last?

The length of withdrawal differs depending on several factors. The first one is the drug or drugs that people take. For example, withdrawal from cocaine starts within hours and can last for weeks.

Withdrawal from benzos, on the other hand, usually takes one to four days to start. Unfortunately, the psychological effects can last for months to years. Withdrawal from heroin usually starts within 12 hours and lasts for a few weeks to a few months.

However, people should consider other factors to determine how long withdrawal could last. These include the length of time that they abused the drug and how they took it. Some methods of taking drugs include swallowing, injecting, snorting or smoking.

Studies also show that there’s a connection between genetics and drug abuse. Certain genes make people more likely to develop an addiction. These same genes play a role in determining the withdrawal timeline.

If you want to keep addiction from coming back, it’s important that you seek help at a rehab center. At Crestview Recovery, our goal is to help you overcome addiction. We also want you to learn your triggers so that you can avoid them in the future. Some of the different programs that we offer include:

Don’t attempt to overcome addiction alone. Seek the help that you deserve, and give yourself a fighting chance. Take the first step to overcoming addiction. Call us at 866-580-4160.