Is Panic Disorder a Disability?

Many disabilities and disorders affect the way that people live their daily lives. One example is panic disorder. However, is panic disorder a disability? Whether people have this disorder or know someone who does, knowing the answer can be beneficial.

Is Panic Disorder a Disability? 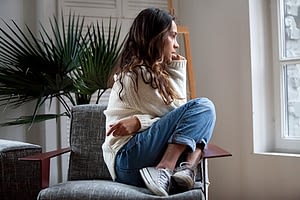 The answer to this question is complicated because it depends on how people define disability. If they describe it as something that makes their lives more difficult than the average person, then yes. After all, having a panic disorder would put them at a disadvantage when compared to those who don’t have it.

Is panic disorder a disability? The answer depends on who people ask. With that said, most experts agree that it makes life harder. If that’s the case, it’s hard to argue that it’s not a disability.

What Is Panic Disorder?

With information about is panic disorder a disability, it’s important to understand panic disorder better. In short, this disorder fits into the category of anxiety disorders. Like many other anxiety conditions, the level of severity varies from person to person.

People with panic disorder have sudden panic attacks that make them feel real terror even if there’s no danger. In most cases, they feel like they completely lose control. Because of that, a number of symptoms can develop with panic disorder too, including:

Both men and women can have panic disorders. However, studies show that this mental illness is more common in women. Experts believe that the chemical differences between male and female brains are the reason behind it.

Fight Back Against Your Panic Disorder

Is panic disorder a disability? When you learn the answer, it’s important to understand treatment. Having a panic disorder can quickly lead to drug abuse in an attempt to overcome the symptoms. However, self-medicating only leads to dependence and addiction over time. At Crestview Recovery, we want to help you overcome not only addiction but also your underlying mental disorder. Beyond offering a panic disorder treatment program, some of the programs that we provide include:

Don’t let your disorder create an endless cycle of drug abuse. Learn more about is panic disorder a disability when you visit us for treatment. Call us at 866.262.0531 for more information about how we can help you.