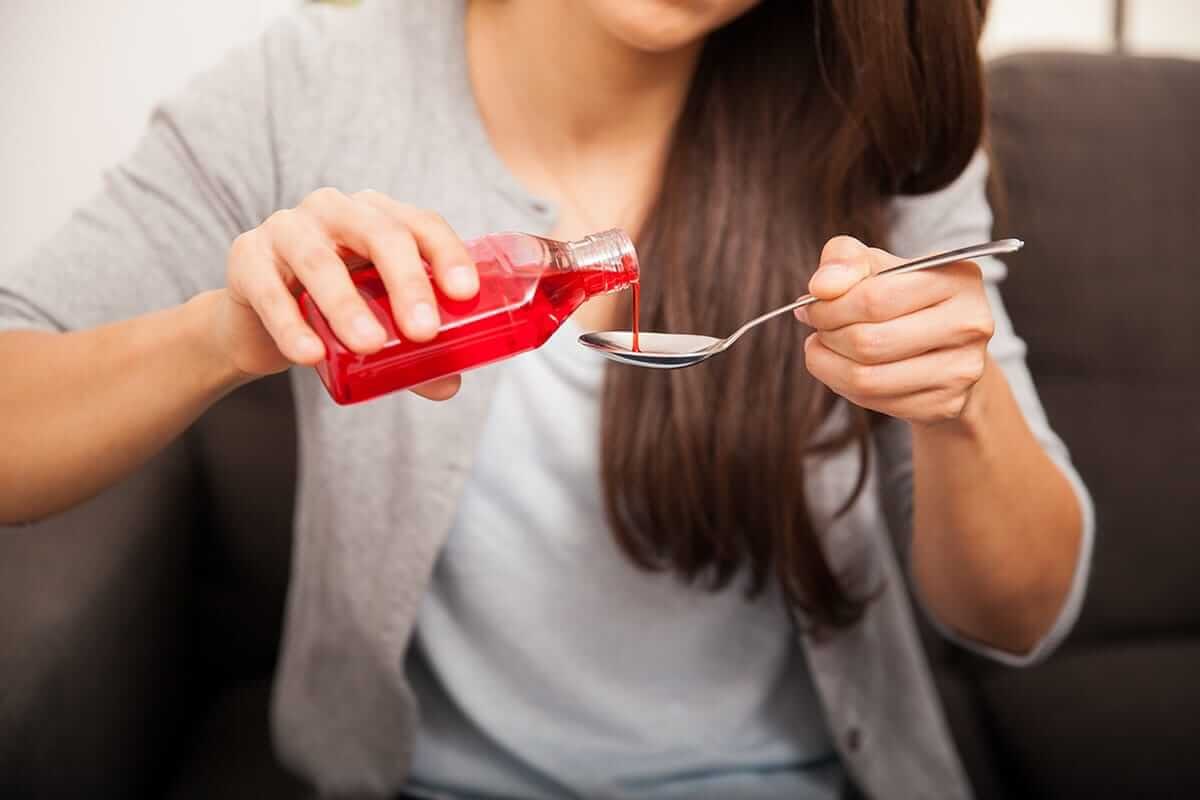 Dextromethorphan, better known as DXM, is an active ingredient in cough medicines. Namely, it’s found in popular cough pills and syrups like Robitussin, Nyquil, and Theraflu. Of course, DXM is intended to soothe your throat and stop coughing. However, the medicine cabinet staple is increasingly being misused. Further, some drink DXM and alcohol together for a high called “robotripping.”

Currently, Stop Medicine Abuse reports that one in 30 teens abuse DXM. In other words, they ingest much more than over the counter instructions suggest. Sometimes, people take as much as 600 milligrams. As a result, the large dose alters the mind and causes hallucinations similar to PCP. Unfortunately, the effects are even more enhanced when drinking alcohol too.

Danger of Mixing DXM and Alcohol

Frequently, people believe that DXM and alcohol are safe because they’re both legal. Actually, blending the two makes a potentially fatal concoction. In fact, there are several overdose deaths every year. After all, heavy DXM use can cause full sedation or coma. Likewise, people on a “robotrip” might engage in risky behaviors. For example, they might try driving and crash at high speed.

Moreover, alcohol and DXM both have addictive properties in big doses. Soon, the body builds up a tolerance to the substances. Consequently, more and more DXM will be needed alongside alcohol. In this case, finding a DXM addiction treatment program is critical. Ultimately, the abuse can destroy the liver, endocrine system, heart, and brain if left untreated.

Signs of DXM Abuse with Alcohol

Again, it’s imperative that people enter rehab for long term DXM and alcohol misuse. Yet, it can be difficult to recognize the problem. Unlike other drugs, these substances are readily available in most homes. Therefore, keep careful watch over your medicine and liquor cabinets. Further, users will appear drunk and disoriented. Noticeable physical signs include:

Equally, there are personality signs of an alcohol and DXM problem. For instance, a person might be more irritable and depressed. Similarly, they’ll change how they interact with others. Leaving behind old hobbies and friends to get high is common. Markedly, DXM becomes a bigger priority than school or work and hygiene. Also, changes in eating and sleeping behaviors will occur.

Get Help Quitting at Crestview Recovery

Are you or a loved one hooked on DXM? Then, come to Crestview Recovery for comprehensive care that’s personal. Significantly, our premier Portland office has a small client-staff ratio to build close relationships. Above all, we’re committed to holistic addiction therapy free from judgment and shame. Our trained clinicians use evidence-based methods in numerous services, such as:

Don’t keep risking your life by “robotripping;” it’s not cool or safe. Instead, enlist professional DXM and alcohol addiction help from Crestview Recovery. Uniquely, we’re located in the Pacific Northwest near ski resorts and rafting rivers. So, contact [DirectOrder] right away to protect your bright future.