When it comes to drug abuse, few drugs have a higher abuse rate than prescription drugs. Teens and adults alike abuse these drugs for a number of reasons. Getting prescription drug abuse help is an important step in overcoming addiction. Before people can seek help, however, they should know more about this growing problem. 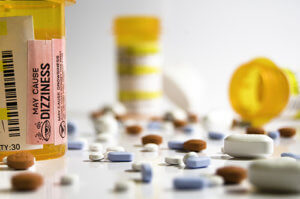 Why do people of all ages abuse prescription drugs? The main reason is that the drugs are easy for them to get. Many doctors overprescribe drugs to handle symptoms instead of treating the problem. The end result is a nation full of people who use prescriptions on a regular basis.

However, some people don’t know that they have a drug use problem. They think that because they get the drugs from their doctors, the medicines are perfectly safe to take. In truth, it’s easy for people to develop drug abuse problems with just one round of prescription drugs.

Prescription Drug Abuse Is a Growing Problem for Teens

Prescription drug misuse is a public health concern for everyone. However, one big problem is the fact that teens get into using prescription drugs. Abusing drugs during adolescence can lead to problems later in life, including addiction, overdose or even death.

Studies show that after alcohol and marijuana, prescription drugs are the drugs of choice for teens. Teens take drugs for many reasons, including:

In most cases, teens don’t get prescription drugs from doctors. Instead, they steal drugs from their parents or get them from friends. In other cases, they buy drugs on the street.

Studies also show that boys and girls typically use prescription drugs for different reasons. Boys tend to use them to get high. Girls, on the other hand, often want to lose weight. In either case, prescription drug abuse help is a must.

How Do People Misuse Prescription Drugs?

Turn to Crestview Recovery for prescription drug abuse help. No matter which prescription drug that you abuse, we can help you overcome your addiction. We offer a range of treatment programs, including OxyContin addiction treatment. Some other programs that we offer include:

We also offer individual and group therapy. These programs help you get to the root cause of addiction. Dealing with it is one of the best ways to avoid relapse after treatment.