Opioid addicts often look like everyday men and women. One such addict, Ryan Opsahl, was looking to end his life-altering addiction and begin the road to recovery. Opsahl began his journey to recovery at Crestview Recovery in South East Portland.

Like most addicts, Opsahl’s addiction first began when his doctor prescribed Vicodin after a serious sports injury at the age of 17. From there, opioids fulfilled Opsahl’s desire to feel good in his own skin. Along with overall addiction came physical dependence to the drugs and also a build up of tolerance. This tolerance led Opsahi down a dangerous path to interaction with drug dealers and crime.

As his addiction progressed, Opsahi turned to heroin and found himself in jail on more than one occasion. Eight years of this led Opsahi to his rock bottom, and he was ready to make a change.

Opsahi was incredibly lucky when he found the help he needed with Crestview Recovery. Addiction treatment centers in Oregon are very sparse. Having the fourth highest addiction rate in the country, you would think that Oregon would have an abundance of treatment facilities. However, the state ranks fiftieth in the country for access to treatment. These statistics are provided by the Substance Abuse and Mental Health Services Administration from a national survey on drug use and health. 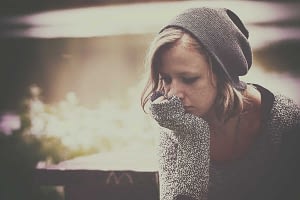 In July 2016, the federal government expanded access to medicinal treatment for opioid use. Nurse practitioners now have the ability to prescribe buprenorphine which helps people reduce their cravings for heroin or other opiates. However, medical help for the mental illnesses that may have led to addiction was still not provided.

The opioid prescribing rate declined from 2012 to 2017. However, doctors writing fewer prescriptions was not a final answer to the addiction crisis. Addiction is a combination of substance use, behavioral issues, and mental health disorders. Therefore, opioid addiction treatment programs must address the whole person in order to be successful.

After recovery, Opsahl became part of the staff here at Crestview Recovery Center as the director of clinical outreach. He dedicates his work to helping others achieve recovery from their opioid addiction. If you or a loved one are seeking to take the first step to recovery, call 866.262.0531 to learn more about our substance abuse treatment programs.