There are numerous dangerous and addictive drugs out there. When people think of dangerous drugs, those such as heroin and cocaine often come to mind. While these are hazardous, synthetic drugs can pose even more of a threat. To understand why these drugs are so deadly, people have to learn what they are.

What Are Synthetic Drugs? 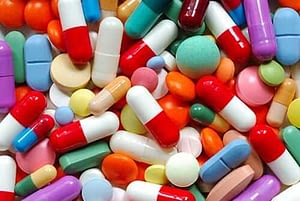 Synthetic substances have many names, including designer, party, and club drugs. Regardless of what people call them, they’re unpredictable and dangerous. To make matters worse, there’s no exact definition as to what a designer drug is. The best way to describe them is to say that they’re a mixture of chemicals that change constantly.

In fact, the lack of a definition is why it’s so hard for states to ban club drugs. Nearly 38 states proactively fight synthetic substances. Unfortunately, producers change the chemical compounds every time that states make laws to ban people from selling them. Changing just a few chemicals can make selling the drugs legal.

Are Synthetic Substances Legal to Sell?

Not all synthetic drugs are legal, but some of them are. In fact, some stores openly sell them to consumers. How is it that they can get away with that?

The government bans drugs by making certain compounds illegal. However, people that create these designer drugs can skirt these regulations. They switch the compounds that they use so that they can make new designer drugs that aren’t yet banned.

Another loophole that people use is the label “not for human consumption.” Sellers can simply claim that they don’t intend for humans to consume the products, but people do it anyway. It gives them deniability, so they label designer drugs as “plant food” or some other product.

Lawmakers say that banning party drugs is like trying to nail gelatin to the wall. Every time that they come up with a new way to ban drugs, drug producers change their methods just enough. Then, they can continue spreading dangerous drugs to the public.

What Are Some Examples of Designer Drugs?

Many synthetic drugs have various names. Two of the most popular are bath salts and spice. Both of these come in a variety of forms and from a combination of chemical compounds.

When people sell spice, they typically label it as “herbal incense.” In general, it refers to plant materials that contain synthetic cannabinoids. The goal of spice is to produce the same high that people get from smoking marijuana. However, the high is far more dangerous than the one that marijuana produces.

People sell bath salts as either “plant food” or salts that people put into their baths. Users, however, take them as an alternative to ecstasy or MDMA. Unfortunately, the side effects of bath salts are fatal. In reality, people can never know what they actually smoke, snort, or inject when they use any synthetic substance.

Just because lawmakers can’t ban all synthetic drugs doesn’t mean that we can’t help. At Crestview Recovery, we help people overcome addictions to a range of drugs, including synthetics. Some of the different programs that we provide include:

As a top Portland rehab center, we take great pride in the services we offer. We create customized treatment plans to ensure that you get care that addresses your needs. We’re also proud to offer treatment for both men and women.

Don’t let synthetic drugs ruin your life. Get the help that you need for yourself or a loved one at Crestview Recovery. Call us today at 866.262.0531.