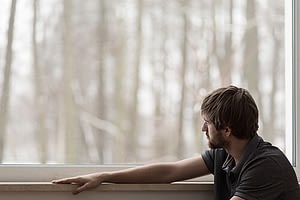 Fentanyl is a synthetic opiate that doctors typically prescribe for relief from a severe injury or pain. Some patients receive this medication after surgery. Because it works quickly to eliminate pain, Fentanyl abuse is a serious concern. The potency of this drug is stronger than morphine and heroin.

Frequent use in a hospital setting gives some people easy access to Fentanyl. Individuals often seek it for illegal purposes. Furthermore, some people seeking heightened effects might mix Fentanyl with cocaine or heroin. This is extremely dangerous.

The effects of taking Fentanyl are very common to any type of synthetic opioid drug. Many people experience itching, drowsiness, lethargy, and euphoria. The extraordinary strength of this drug creates a tolerance to opiates in a person’s system.

This is troubling for a person who wants to find relief from severe pain. Other opiates may not provide relief after Fentanyl abuse. The fast tolerance-building effect plays a huge factor.

Unfortunately, the remarkable strength of Fentanyl can also lead to addiction and overdose.

Signs and Symptoms of Fentanyl Abuse

As with other opioids, Fentanyl binds itself to receptors in a person’s brain that control pain and emotions. Dopamine spikes and makes the person feel good. The rush of euphoria becomes addictive, causing him or her to display a host of signs that Fentanyl abuse is present.

Some very common signs that a person has begun abusing Fentanyl include:

There are also long-term effects of chronically abusing Fentanyl. Some people may develop a weakened immune system. Serious gastrointestinal problems and the potential for seizures increase with a person takes too much of this drug.

Physical symptoms aren’t the only signs that a person is using Fentanyl more than their physician prescribes. They may go through mental or behavioral changes. Losing motivation, becoming paranoid or withdrawing from social connections are all common occurrences.

Fentanyl Abuse Can Lead to Addiction

Frequently, addiction from abusing Fentanyl comes with a deterioration of a person’s integrity. Maintaining the addiction requires many unethical, and often criminal, acts. A person may commit prescription fraud or even go doctor shopping to get more prescriptions.

Keeping secrets is a normal practice for a person who has a Fentanyl addiction. This is especially true if the person works at a pharmacy or hospital.

Family members aren’t immune to the deception involved in hiding this addiction. A person will spend large amounts of money at the risk of paying for living expenditures.

Even with these commonalities, individuals’ addictions deteriorate at different rates. Some people try to prevent developing an addiction by letting time pass between using. Others simply don’t fight the need to continuously use the drug.

Weaning from heavy abuse of Fentanyl often requires receiving lower doses before withdrawal takes effect. Otherwise, it can be brutal to deal with withdrawal symptoms without support.

Getting Better after Fentanyl Abuse at Crestview Recovery

Recovering from a Fentanyl addiction is possible. A person can continue the road to recovery at a qualified rehab facility. Crestview Recovery in Portland, Oregon can help when you’re ready to begin a new life free from drug abuse and addiction.

Treatment for all types of substance abuse is available at our addiction treatment facility. During your stay, you can benefit from programs such as: