Just because a drug is legal in the United States doesn’t mean that it’s safe. That’s the case with kratom. Some people use it to break free from their addiction to opioids such as prescription painkillers and heroin. What they don’t know is that kratom is also addictive, so they end up needing kratom addiction treatment. 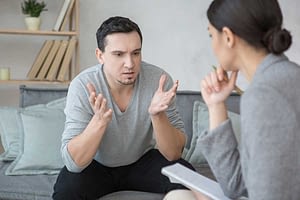 Kratom is a legal, mind-altering drug in the United States. It comes from the Mitragyna tree, which grows naturally in Southeast Asia. People who use it commonly chew on the leaves or brew it into a tea. The leaves have a stimulating effect in low doses but an opioid-like euphoria in higher doses.

While kratom is very popular in Thailand, it’s begun to pick up steam in the States. In general, people start to feel its effects within 10 minutes of ingestion. With that said, the high lasts for a long time, usually two to five hours.

In some states, including North Carolina and Colorado, people can buy kratom in stores or bars. However, the most common way that they purchase it is online. They can order it right to their doors no matter where they live.

Like any addictive drug, kratom addiction requires very specific steps to overcome it. Kratom addiction treatment typically starts with getting clean through detox. While not as addictive as drugs such as heroin or cocaine, it produces withdrawal effects when people stop using. Medical detox can make the withdrawal process more comfortable.

From there, people need to enroll in a rehab center. It’s best for them to pick a facility that offers both traditional and holistic treatment options. Such a combination provides comprehensive care that increases the chances of ongoing recovery.

The facility should also focus on dual diagnosis treatment. Most people who struggle with addiction have other underlying mental disorders such as depression. Furthermore, not getting treatment for underlying conditions often leads to drug use.

The number of people who seek kratom addiction treatment is on the rise. The good news is that they’re getting help, but the bad news is that more people are using kratom. What they don’t realize is that the drug has been around for a long time. In fact, Thailand banned it in 1979 after being in use for hundreds of years.

Another thing to know about kratom is that it’s super easy for people to obtain. There are no laws that restrict its local sale. Many companies get away with selling it online, too. Also, many bars serve designer drinks that contain the drug.

Lastly, kratom is dangerous to people’s health. Some of the symptoms that develop after using it include weight loss, anorexia, and insomnia. The drug can cause skin darkening as well. Experts don’t know if that effect has any other negative health consequences.

Reach Out to Crestview Recovery Today

At Crestview Recovery, we help people get over all kinds of drug addictions, including lesser known ones such as kratom. As part of our ongoing effort to provide unique treatment options, we use both traditional and holistic methods. Some of the programs that we offer include:

Crestview Recovery also provides dual diagnosis treatment. This program is excellent for kratom addiction treatment because it addresses underlying mental issues that lead to addiction. Failure to address these issues can result in relapse.

Find out more about kratom addiction treatment and what it can do for you. Count on Crestview Recovery for all of your drug rehab needs. Call us today at 866.262.0531 to get started.