Fentanyl is an unbelievably powerful opioid that is added to heroin to increase its potency. According to the CDC, only about 3% of fatal overdoses in the U.S. are the result of heroin alone; most fatal heroin overdoses are actually caused by fentanyl that has been added by the manufacturer. Fentanyl is a controlled substance in the U.S., but it is also manufactured illegally and added to counterfeit pills using a pill press. Fentanyl patches can be worn or even smoked.

Two Ways to Discontinue Fentanyl Use 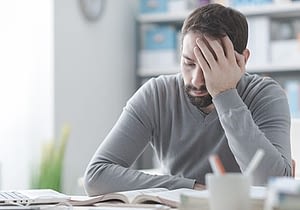 Quitting fentanyl or any drug cold turkey is dangerous and often unsuccessful. Your doctor may put you on a tapering schedule to gradually eliminate the opioid from your system. Doctors often put fentanyl users on another, less-potent opioid, such as methadone. The idea is to keep some opioids in the system to lower the severity of fentanyl withdrawal symptoms.

Medical professionals reduce the dosage of the opioid by 20%-50% each day. Eventually, this will reduce to nothing. This is done until your body starts adjusting to an absence of the opioid and withdrawal symptoms are manageable.

Your doctor will design the tapering schedule based on factors such as the:

What to Expect in Detox

Detox, followed by substance abuse treatment, is the ideal route for treatment that most likely leads to long-lasting recovery. In detox, an individual must overcome withdrawal symptoms such as:

During this time, your body will crave the drug. It’s best that you gradually cleanse your body of fentanyl under the supervision of doctors at a detox facility. Fentanyl withdrawal is a critical first stage that sets the momentum for sobriety. After detox, addiction treatment programs can start to maximize the chances of sustained recovery and relapse prevention.

Although withdrawal manifests differently in different users, the following experiences generally hold true for all:

You’re at risk of relapse during post-acute fentanyl withdrawal. The self-care lessons you learn from our master therapists will help you manage cravings and stick to your recovery journey. We also offer a post-rehab aftercare plan that assists you in your ongoing efforts to stay sober. Personalized to your unique requirements, rehab aftercare is particularly important if you will be returning to a stressful living environment.

What Is a Medication-Assisted Treatment Program?

A medication-assisted treatment (MAT) program consists of using medications, typically combined with behavioral therapies and counseling, to provide a patient with comprehensive care. MAT can be essential during the treatment of a patient’s substance use disorder.

Medications used in MAT should be approved by the Food and Drug Administration (FDA). MAT programs should also be tailored and clinically driven to meet a patient’s specific needs. The combination of medication and therapy can help a patient sustain sobriety and focus on recovery. MAT can also be used to prevent or reduce the effects of some types of overdoses. MAT is primarily used for the treatment of opioid addiction and to help people avoid overdosing. Opioids include fentanyl, heroin, and opiate-based prescription pain relievers.

Avoid the Risk of Fentanyl Overdose

Accidental fentanyl overdose from mixing the drug with cocaine, alcohol, and methamphetamines is increasingly common among young adults. Although Naloxone can reverse a fentanyl overdose, it’s not reliable enough to bet your life on.

Don’t put your life in jeopardy. Get in touch with Crestview Recovery at 866.262.0531 to receive a customized treatment plan combining addiction therapy services such as:

We look forward to helping you move forward with recovery to create a new life.