One of the most well-known mental health conditions in the United States is bipolar disorder. This condition, which doctors once called manic depression, involves dramatic changes in mood, energy, and affect. These changes are severe and make it difficult for people to function. If you are living with bipolar disorder and are interested in finding a mental health treatment program in the Portland area, contact us at Crestview by calling 866.262.0531.

What Happens in a Bipolar Treatment Program? 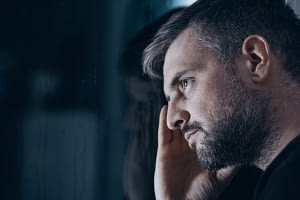 Bipolar disorder is a treatable mental health condition. Bipolar treatment programs are designed to help people manage the physical and emotional symptoms of their conditions. Treatment programs usually include:

Therapists and medical professionals work with people to help develop a treatment plan that meets their unique needs. People are given a chance to find medications that work, gain the skills they need to manage their symptoms, and develop their support network to thrive in their daily lives.

When Should I Start a Bipolar Treatment Program?

Living with untreated bipolar disorder can be very difficult. Some of the symptoms of bipolar disorder make managing daily life nearly impossible. Getting treatment for bipolar disorder as soon as possible can give you the best chance at recovery. Being aware of what to look for is the first step. During a manic episode, a person might:

How Common Is It to Suffer From Bipolar Disorder and Substance Abuse?

According to the American Journal of Managed Care (AJMC), these disorders are more common than people think. AJMC says that about 56 percent of people with bipolar disorder also experience some kind of substance abuse problem. To make matters worse, this number has continued to rise over the years.

In many cases, people with bipolar disorder turn to drugs and alcohol to get relief from their symptoms. Unfortunately, managing the symptoms in this way doesn’t deal with the root of the problem. In the end, people become reliant on addictive drugs to feel normal. The result is a dependency on drugs that leads to addiction.

What Makes Proper Bipolar Disorder Treatment So Hard to Find?

Treating bipolar disorder does require the use of medication. However, these aren’t the drugs that people typically abuse when they manage the condition on their own. When they self-medicate, they end up drinking alcohol or using illegal street drugs. Instead, proper bipolar disorder treatment involves specific prescription medications and therapy.

What People Need to Know About Bipolar Disorder and Addiction

One of the first things that people need to know is that doctors usually misdiagnose these co-occurring disorders. The use of drugs and alcohol can cause symptoms that mimic mania and cause depression. These symptoms typically get lost in the symptoms of bipolar disorder. In the end, doctors diagnosis people with just bipolar disorder when they often suffer from addiction as well.

Next, people need to understand that doctors don’t know what causes bipolar disorder. Most believe that it’s a mix of genetic and environmental factors. Since there’s no specific known cause, it’s important for people to do pre-screenings to see if they need bipolar disorder treatment. These screenings are even more important when bipolar disorder runs in their families.

Lastly, bipolar disorder doesn’t always come before addiction. In some cases, the drugs that people abuse cause a chemical imbalance in the brain. This imbalance can lead to the development of many mental disorders, including bipolar disorder.

Crestview Recovery Can Help You With Co-occurring Disorders

Do you or a loved one suffer from co-occurring disorders such as addiction and bipolar disorder? If so, consider getting treatment at Crestview Recovery. We offer treatment for not only addiction but also underlying mental conditions such as bipolar disorder. As an addiction rehab center, we know the importance of dealing with both problems at the same time.

At Crestview Recovery, we work hard to create unique treatment plans for men and women. Our focus is on gender-specific treatment that more accurately addresses people’s individual needs. Some of the programs that we use to make these individualized treatment plans include:

Don’t let your condition go undiagnosed. Find out if you need bipolar disorder treatment. Count on Crestview Recovery for help when you call 866.262.0531