When people hear the word “stimulant” in regard to drugs, cocaine and meth usually come to mind first. However, stimulants can be prescription drugs too, including Adderall. While this medication helps a lot of people, it can also cause addiction among those who abuse it. In many cases, they experience Adderall withdrawal symptoms when they try to stop using. 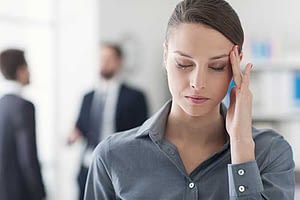 As a prescription stimulant, Adderall produces effects that are similar to cocaine. However, its medical purpose is to treat attention deficit hyperactivity disorder and other health issues. Unfortunately, many people take too much or use the drug without a prescription.

Adderall works by increasing dopamine in the brain, which has a rewarding effect. When there’s too much, the brain stops producing the chemical on its own. Instead, it relies on the drug to maintain the high levels to which it has adapted.

By this point, most people have developed tolerance and addiction. They also can’t function normally without Adderall. They depend on the drug to stimulate productivity and alertness. Without it, they feel mentally foggy and tired, which are also Adderall withdrawal symptoms.

In addition, people with Adderall addiction continuously need higher doses to feel the effects. They can’t finish tasks without it and spend whatever they need to get it. Also, they continue taking Adderall even though they understand that it causes them harm.

One clear indication that someone has an addiction is the occurrence of Adderall withdrawal symptoms. The symptoms manifest when they miss a dose or try to stop using the drug. However, these effects are the result of the brain and body adapting to the lack of Adderall. In general, this process rarely has dangerous consequences, but some people have suicidal thoughts.

Basically, the withdrawal symptoms are the opposite of the effects that Adderall produces. However, severe symptoms are possible for people with a high tolerance and after prolonged use. Some of these include depression, anxiety, insomnia, and nightmares. Sharp headaches, oversleeping, increased appetite and stomach aches are common symptoms as well.

The number of days that Adderall withdrawal symptoms last varies from person to person. The reason is that not everyone has the same experience. Their dose, frequency of use, and many other factors affect when withdrawal ends.

Because of that, some people have symptoms for a few days, but others have them for weeks or longer. In most cases, though, the symptoms go away in seven days. However, prolonged withdrawal symptoms can occur depending on which type of Adderall that people take.

First of all, there are instant release and extended release versions of this drug. For that reason, the symptoms begin and fade at different times.

Get Treatment to Overcome Stimulants at Crestview Recovery

Do you need an Adderall addiction treatment program? Crestview Recovery can provide the help that you need to overcome stimulant use. We can refer you to a reliable detox center to make the withdrawal symptoms bearable. Afterward, you’ll return to our facility for rehab.

For your care at Crestview Recovery, we’ll design a treatment plan that addresses your specific needs. We have a range of evidence-based and holistic services, including:

Don’t let a problem with prescription stimulants keep you from enjoying life. Get the help that you need to overcome Adderall withdrawal symptoms and addiction. Call 866.262.0531 to learn more about the Crestview Recovery facility.