Many drugs that are available cause harsh withdrawal symptoms. However, few drugs are worse than benzodiazepines or benzos. Although not typically deadly, benzo withdrawal can be so severe that people use again to make the symptoms stop. Not receiving professional benzo withdrawal help and doing so throws them back into the cycle of addiction.

Experts Still Have More to Learn 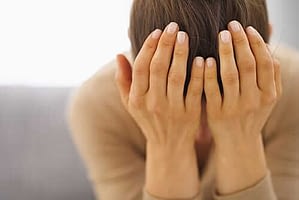 Before getting into benzo withdrawal, it’s important to know that doctors don’t know everything about benzodiazepines. These drugs have been on the market for more than 40 years. However, doctors still don’t know why they affect some people negatively. Some can take benzos without suffering from withdrawal. Others may have horrific withdrawal after just a few doses.

While benzos can be beneficial in people with conditions such as anxiety and seizure disorders, people still develop addictions to these drugs. Some experts believe that genetics play a role in determining how benzos interact with certain people. They also point out that withdrawal happens more often than not. For that reason, it’s best for people to avoid benzos whenever possible.

Below are some facts people need to know about withdrawing from benzodiazepines. Knowing this information is important to help them beat their addiction.

Only Time Can Help

Unfortunately, there’s no magic pill or potion that can speed up the withdrawal process. The only thing that can make the pain and suffering go away is time. Eventually, the symptoms lessen and fade completely.

However, some vitamins and supplements can make benzo withdrawal much worse. People who go through withdrawal should avoid vitamins such as:

They should also avoid foods such as salmon, honey, sugar substitutes, and foods that contain caffeine. Some common caffeine-containing foods include chocolate and soda. For whatever reason, these foods cause a spike in the withdrawal symptoms.

There’s a myth that overcoming benzos is easy when people taper or reinstate the drugs. Tapering is when people take smaller doses to step down from the drug over a period of time. Reinstating refers to using the drug again when the symptoms get out of control.

This advice is bad because tapering or reinstating benzos can lead to benzo kindling. The benzo kindling process makes benzo withdrawal symptoms even harsher the second time around. Unfortunately, doctors don’t know why this phenomenon happens in the brain.

If people are off of benzos for more than four weeks, they should avoid ever taking them again. Doing so can backfire and cause worse withdrawal. It’s also worth noting that they can become more tolerant of the drug over time. This tolerance keeps them from achieving satisfaction from the same amount of the drug they previously took.

The best tip that doctors can give people is to stay off of benzos once they come off. Going back can put their lives in danger.

At Crestview Recovery, we know the dangers of benzos. We want to help you overcome this addiction and give you the tools that you need to avoid relapse. We provide drug addiction rehab services that you can count on, including:

Don’t let benzo withdrawal prevent you from beating addiction. Get access to the knowledge that you need to beat the disease at Crestview Recovery. Call us today at 866.262.0531 for more information on the benzo withdrawal treatment we offer.