When people think of marijuana, they typically think of a drug that’s not overly dangerous. While it’s still possible to abuse weed, the drug itself typically doesn’t cause direct harm. Synthetic cannabis is a completely different story, though. This drug is extremely dangerous, and enrolling in a synthetic marijuana addiction rehab program is a must.

What Is Synthetic Weed? 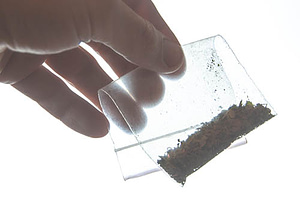 Most people don’t understand synthetic marijuana (also known as K2, Spice, or cologne). They don’t know what it is and how it’s different from natural cannabis. In general, synthetic pot refers to herbs that people spray with man-made chemicals. The goal is to recreate the high that natural weed produces.

Unfortunately, the chemicals are highly dangerous and unpredictable. In some cases, they’re deadly. Most of the time, though they’re addictive and can affect the brain in many ways. For those reasons, many people come to need a synthetic marijuana addiction rehab program to recover.

Why Do People Sell and Buy Synthetic Marijuana?

People typically buy synthetic cannabis because of its cheap price tag. Due to its price, it’s a popular choice for young teens and people who are tight on cash. Some dealers even try to pass off synthetic marijuana as the real thing.

For example, they sell it as liquid incense or plant food. The bags typically say something like “not for human consumption” on the outside. Since this fake weed doesn’t actually contain marijuana, they can sell it legally in stores.

Law enforcement officials try to make it illegal to sell the chemicals that people use to make K2. They want to prevent the need for a synthetic marijuana addiction rehab program. However, sellers continue to change the chemicals to avoid breaking the law. It’s a legal loophole that makes putting an end to synthetic cannabis a hard endeavor.

Facts and Myths About Synthetic Marijuana

One myth about synthetic pot is that it’s safe to use. People mistakenly choose it because they think that it’s all-natural and safe. One reason is that it isn’t detectable in normal drug screens yet.

Another myth is that synthetic marijuana isn’t addictive. People think this because traditional marijuana doesn’t cause physical dependence. However, the chemicals in synthetic weed can cause dependencies and overdoses. When people abuse this drug, they typically need a synthetic marijuana substance abuse treatment program to stop.

One fact is that men are more likely to use synthetic cannabis than women. It is a popular drug in prison; it is common for people to leave jail with a K2 addiction. In New York City, nearly 90 percent of spice emergency room patients were men. However, this doesn’t mean that women aren’t at risk of using the drug or developing addictions.

Another fact is that people can take synthetic pot in a few ways. Although smoking K2 is the most popular method of consumption, it can also be eaten when added to food or drinks. Some people even sell synthetic marijuana capsules for easy consumption.

Are you in need of a synthetic marijuana addiction rehab program? If so, the experts at Crestview Recovery are here to help you. We take great pride in offering programs of all types to meet everyone’s needs, including:

At Crestview Recovery, we offer more than just treatment for synthetic pot abuse and addiction. In fact, we offer treatments for many drug addictions, including alcohol, heroin, and prescription drugs. Additionally, we offer dual diagnosis treatment for co-occurring disorders and numerous therapies.

Don’t try to beat addiction yourself. Learn more about our synthetic marijuana addiction rehab program and how we can help you get on the path to lifelong recovery. Reach out to us anytime at 866.262.0531.