What Are Designer Drugs?

A designer drug might sound fancy, but it’s still a dangerous type of drug that can be illegal and addictive. Unfortunately, more and more people across the country are using designer substances. To end addiction to these drugs, awareness and treatment are necessary. Take a closer look at designer drugs, why they’re so dangerous and how to treat a designer drug addiction.

What are Designer Drugs? 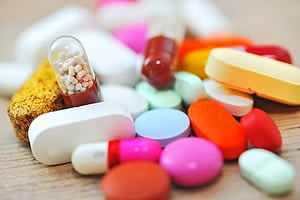 If a drug is designer, it simply means that it’s synthetic or man-made. This makes it different from natural drugs, like opium or marijuana, which occur naturally. It can also be a prescription or street drug that has been chemically altered to change its effect on the user.

Designer drugs come in many forms. Acid is a designer drug, and so is methamphetamine. Ecstasy and ketamine are two more examples. These drugs are often tablets or pills, but they can also be liquids or powders.

Why Are These Drugs so Dangerous?

All drugs have the potential to be dangerous. Even prescription drugs, which can be safe when people use them as their doctors prescribe, can lead to addiction. A designer drug is no different. It can become addictive, lead to a fatal overdose or cause financial, health and relationship problems.

What makes designer or synthetic drugs even worse is that their potency is different with every batch. Nobody regulates them like prescription drugs, and their ingredients are often unknown and constantly changing. Some dangerous ingredients can include drain cleaner or battery acid.

Party or rave drugs are often synthetic. This means that some users equate them with alcohol, or view them as fine for occasional use. As with any other type of drug, however, a designer drug can have lasting consequences.

Can a Designer Drug be Addictive?

A designer drug can be as addictive as any other type of drug. In fact, they’re often more addictive. This is because people chemically manipulate synthetic drugs to have a strong effect on users. The stronger the effect, the more likely users are to become dependent on the drug.

Whether you’re using meth or ecstasy, the brain will start to adjust to the dosage. Over time, that turns into a tolerance. An addiction to drugs of any kind can cause serious physical and psychological damage, and overdoses are possible.

Overcoming an Addiction to Designer Drugs

Fortunately, it’s possible to overcome an addiction to designer drugs. If you’re searching for Portland drug rehabilitation, consider Crestview Recovery. Our comprehensive treatment plans help clients find an approach to recovery that lasts a lifetime. Some common methods used in treatment are:

Knowing more about designer drugs shows just how dangerous these substances can be. At Crestview Recovery in Portland, Oregon, you’ll be able to fight back against drug addiction. Learn more about recovery by calling 866.262.0531.