Is Marijuana a Gateway Drug?

What causes someone to take up hard drugs? In some cases, there’s prior drug use. With marijuana use becoming more accepted, one might wonder: is marijuana a gateway drug? And why is this topic so difficult to discuss?

What is a Gateway Substance? 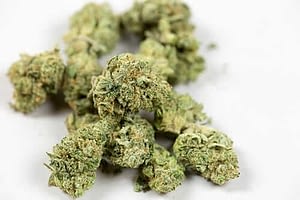 Is marijuana a gateway drug? To find out, it makes sense to understand what the phrase “gateway drug” means. In general terms, it’s the use of one habit-forming substance that then leads to the use of another.

A clear example of a gateway drug is opioids. Studies have shown that people who’ve abused opioid painkillers are more likely to abuse heroin, too. In this case, the prescription drugs were gateway substances for the opiate heroin. However, is the same true for marijuana?

Is Marijuana a Gateway Drug or Is That Fake News?

Proponents of marijuana legalization point to movies such as “Reefer Madness” to underscore society’s prejudice when discussing weed. Many use plenty of anecdotal evidence as a means to quiet those who believe in the gateway drug theory. However, unfortunately for the proponents, there’s sound science to back up the other side’s argument.

The experts at the CDC prove that people with a marijuana habit are three times more likely to abuse heroin. Granted, the gateway is smaller. For example, cocaine abusers have a 15-times higher likelihood of developing a heroin dependency. Even so, the fact remains that it acts as a gateway.

The National Institute on Drug Abuse echoes this finding. There, researchers explain that marijuana use was a predictor of alcohol abuse within three years. Research subjects who already used marijuana and had an alcohol use disorder experienced worsening of the latter condition. From this angle, it’s clear that marijuana use can lead to the abuse of other substances.

Putting It in Perspective

So, is marijuana a gateway drug? Yes, it is. But it’s important to realize that other substances act as gateways, too. For example, cigarettes and alcohol are other common gateway substances.

Moreover, experts point out that the majority of marijuana users don’t necessarily up the ante. This group rarely moves on to anything harder. From this vantage point, it’s fair to say that although valid, the gateway theory doesn’t apply to everyone.

Getting Help for a Substance Abuse Problem

It doesn’t matter how you get there. Once you develop an addiction to any substance, it’s vital to get help. Several treatment delivery methods can provide it. They include:

If you’re dealing with addiction today, don’t lose yourself in the semantics of introductory drugs. Get help. Crestview Recovery wants to assist you with healing. Call 866.262.0531 today to connect with a counselor.