Meth is a dangerous and highly addictive drug that will destroy you if you let it. While meth use is common throughout the world, some people suffer dramatic life consequences as a result of meth addiction. If meth use has caused your life to get out of control–especially if you are using high doses and mixing it with other substances, contact Crestview Recovery in Portland by calling 866.262.0531 to get a headstart on your new life through a meth addiction rehab program. 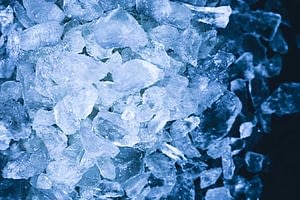 It’s important to know exactly what meth is. Firstly, its name is short for methamphetamine. It has many other names too, such as crank and speed. Depending on the form that the drug comes in, some refer to it as crystal meth or glass.

This very powerful and addictive stimulant affects the central nervous system. As a stimulant, it gives people a significant energy and confidence boost.

People must remember that, unlike some drugs such as heroin, meth is completely man-made. One of the main ingredients of meth is pseudoephedrine. This ingredient is also found in products such as matches.

Making meth is remarkably dangerous, and meth labs have a high risk of exploding. People who make the drug often suffer from injuries or death because their labs explode.

Why Is Meth Use So Common?

Once people learn what meth is, many wonder why others want to take this drug in the first place. People may start using meth for any reason, some of which include:

Regardless of why people take it, the outcome of meth abuse is typically the same. In fact, some people develop an addiction to how meth’s euphoric high after just one hit. They feel they can no longer live without the rush the drug gives them. They then spend all of their time searching for and using the drug to recreate the feeling without seeking substance abuse treatment.

Another thing that people need to know about meth is that the first high is the best. No matter how much more a person takes, they never achieve the same high again. That’s where the term “chasing the dragon” comes from. It refers to that elusive pursuit of reaching the ultimate high from a particular drug.

However, the result of this pursuit is the abuse of a drug with deadly side effects. Meth abuse has no positive outcome. To make matters even worse, the drive to recreate that first high ultimately results in a feeling of emptiness. People can abuse it until they die, having never achieved the high they seek.

At Crestview Recovery, we work hard to ensure that you get the help that you need to stop using meth. We provide several fantastic programs to help you overcome the drug. We even create custom treatment plans for both men and women. Our services include:

Crystal meth effects take a toll on the body. To overcome this addictive drug, you have to seek professional help. Of course, you shouldn’t attempt to overcome meth addiction alone. We can provide expert care to help you with meth withdrawal symptoms and ongoing recovery.

Don’t let this drug keep you feeling trapped. Find out more about meth abuse at Crestview Recovery. Reach out to us today at 866.262.0531 to start the healing process.