Methamphetamine, or meth, is one of the most dangerous and addictive drugs on the streets. It’s a man-made stimulant that the Germans created during WWII to help keep soldiers awake for long periods. However, people eventually started using it as a recreational drug. Before individuals with a meth addiction can begin treatment, they have to undergo meth detox. It’s easier for them to begin the healing process when they understand the dangers of meth.

It’s good for not only users to know what meth is but, also for their family members to understand it. Meth is a very powerful and addictive stimulant. It attacks the central nervous system and gives people a rush of euphoria. Most people get the drug illegally on the street or attempt to make it themselves.

In terms of practical medical uses, doctors may prescribe meth for people with severe ADHD. Doctors also give meth to people in rare cases to stimulate weight loss because the drug suppresses appetite.

The Dangers of Meth 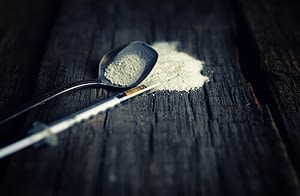 Meth is an extremely dangerous drug that causes a lot of side effects. One example is meth mouth, which occurs as people grind and clench their teeth while taking meth. Over time, it wears down the teeth, making them chip, break or fall out.

However, there are other side effects of taking meth and meth overdose. Some of them include:

One of the most important things to know about meth detox is the timeline. In general, there are two phases.

The first phase is acute withdrawal, which usually lasts about 10 days. During this time, the symptoms are at their worst. The desire to use meth also goes into overdrive.

Protracted withdrawal is the second phase of meth detox. During this phase, the symptoms are much more tolerable. Unfortunately, these minor symptoms can last from weeks to months. They occur as the brain tries to balance itself.

The withdrawal that people experience from meth doesn’t usually have life-threatening symptoms. In some cases, people enter a deep depression during the process. It can often lead to suicidal thoughts.

Also, the cravings for meth during detox are extremely strong. Few people have the willpower to fight them off alone. Seeking professional help can ensure that they don’t relapse and accidentally overdose.

Do Certain Factors Influence the Severity of Meth Detox?

Yes, several factors play a role in determining the severity of meth withdrawal. The dose and frequency at which people take meth effects the severity of the symptoms. Injecting the drug also causes more severe symptoms than other methods of use.

Another important factor is the overall health of the person. The healthier that a person is, the easier that it is for him or her to detox. However, people’s health deteriorates the longer that they use, which makes it harder for them to detox.

We pride ourselves on offering a wide range of treatment options. We create custom treatment plans for all of our clients. Some programs that we offer include:

Don’t attempt to beat your addiction alone. Let Crestview Recovery help you overcome it. Contact us at 866.262.0531 for more information about our many programs.