When it comes to pain relief, doctors prescribe few drugs more than Vicodin and Percocet. What some people don’t know is that there are different versions of Vicodin, including Vicoprofen. Since they aren’t as familiar with this pain-relieving medication, they often debate the effectiveness of Vicoprofen vs Percocet. Which one works better, which one is more addictive, and what are the side effects? 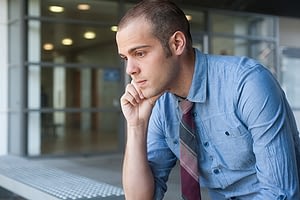 As the name suggests, Vicoprofen is a version of Vicodin that contains ibuprofen. This formula differs from traditional Vicodin, which contains acetaminophen. With that said, doctors give both Vicodin and Vicoprofen to people for pain relief even though they’re extremely addictive.

Before the debate between Vicoprofen vs Percocet, people have to know what’s in Percocet. Like Vicoprofen, doctors give Percocet to people for pain relief. The drug contains acetaminophen like Vicodin. However, these drugs differ because Percocet contains oxycodone instead of hydrocodone.

First, which of these drugs is more effective than the other? In truth, both provide roughly the same amount of pain relief as the other. With that said, everyone is different, so one drug could work better than the other for some people.

The last thing to consider is which drug is more addictive. Studies show that both Vicoprofen and Percocet are equal in this regard. While some people are more susceptible to one over the other, both have ingredients that can lead to addiction.

We Can Help You With Drug Addiction to Painkillers

At Crestview Recovery, we understand the addictive nature of prescription painkillers. For that reason, we offer both a Percocet and a Vicoprofen addiction treatment program. We even create custom treatment plans. A few of the programs that we pride ourselves on offering include:

Don’t let either one of these addictive drugs destroy your life. Learn more about the battle between Vicoprofen vs Percocet. Reach out to us today at 866.262.0531 for more information.