When people begin recovery for any drug, they first have to undergo withdrawal. With each drug, there’s a different timeline, or length of time, that it takes for withdrawal symptoms to subside. It’s important to note that Vicodin is one of the most abused prescription drugs on the market. Because of that, it’s essential for people to know the Vicodin withdrawal timeline. 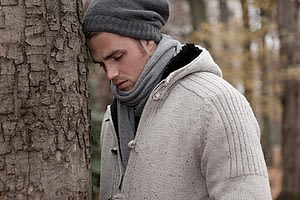 While many people know the name, how many of them know what Vicodin is? It’s true that this drug is a prescription painkiller. However, what’s inside of the drug? Vicodin is a name brand that contains a combination of acetaminophen and hydrocodone.

Acetaminophen is an over-the-counter painkiller. People can buy it in nearly any store that they walk into. Hydrocodone, on the other hand, is an opioid that requires a doctor’s prescription. The drug itself is highly addictive and among the most-abused drugs in America.

Withdrawal is the outcome that people face after they develop a physical dependence on a drug. Because of this dependence, they compulsively use the drug. Over time, the body feels like it needs the medication to function normally. When it doesn’t have the drug, the body goes into a state of shock that results in withdrawal.

What’s the Vicodin withdrawal timeline? When can people expect the symptoms to start? In most cases, the side effects begin a couple of hours after taking the last dose. Since the half-life for Vicodin is about four hours, the drug can leave their system in about eight hours.

Although the drug leaves their system, withdrawal isn’t over. In fact, this is only the beginning of the process. It typically takes seven to 10 days to get through Vicodin withdrawal. Usually, the symptoms reach a peak at around the 48- to 72-hour mark.

After ten days, people might still have some mild withdrawal effects. However, the symptoms are nowhere near as severe as what they feel during the first ten days. In some cases, people have mild effects such as headaches and body aches for weeks.

At Crestview Recovery, we work hard to help you overcome addiction. After completing your Vicodin withdrawal timeline, it’s important to get professional rehab. Without rehab, you’re likely to relapse. A few of the programs that we proudly offer include:

Learn all that you can about the Vicodin withdrawal timeline to prepare for the process. Turn to us for help with kicking your addiction to the curb. Reach out to us today at 866.262.0531 so that we can put together a custom treatment plan for you.