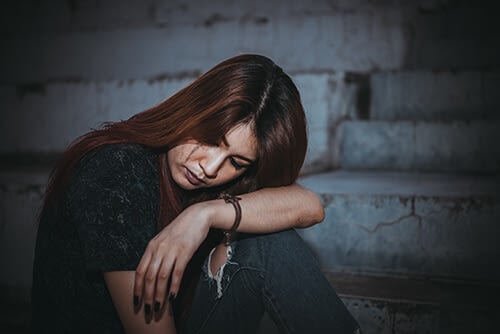 There are few noticeable similarities between methamphetamine vs amphetamine. The chemistries of both drugs are very comparable. They both also have a high potential for abuse and addiction. Repeated use leads to the dangerous consequences of addiction.

Meth is a popular shortened name for methamphetamine. Amphetamines describe a class of drugs related to amphetamine. Both drugs act as stimulants that can raise a person’s heart rate and blood pressure.

These drugs also raise body temperature and speed up a person’s metabolism. Feelings of euphoria and increased energy come with the physical effects. A person may also find that their ability to focus increases.

There are also differences that make one drug much worse than the other. Meth and amphetamines have similar structures. One structural difference is meth can enter the brain faster than amphetamines.

A person abusing meth gets a quicker rush or high. They also feel the effects more intensely. This makes meth more powerful and increases the likelihood of abuse. The intensity of meth’s effects makes them more addictive and dangerous even for casual use.

Methamphetamine vs Amphetamine: Means of Obtaining the Drugs

A person may obtain amphetamines through their doctor’s legal prescription. For example, they may be diagnosed with ADHD, asthma, or narcolepsy. On the other hand, abuse of the drug may start from its ability to suppress the person’s appetite for those looking to lose weight.

Misuse can cause long-term and devastating damage that requires an amphetamine addiction treatment program. A person with a co-occurring mental illness may need inpatient care. Outpatient programs are also available as long as the person has a supportive home environment.

Methamphetamine is too dangerous for prescription use. The only way to get this drug is through illegal means. It shares a class with other powerful street drugs like cocaine.

Both Drugs Are Dangerously Addictive

Another comparison of methamphetamine vs amphetamine leads to another similarity. Abusing either one comes with risks and harm to a person. Both highly addictive drugs can become deadly.

Similar side effects for either drug include:

Both meth and amphetamines cause permanent damage that seems irreversible. An addiction to either drug also causes unpleasant withdrawals when a person decides to quit. Doing so is a major step and should happen under the watchful eye of addiction treatment professionals.

We Want to Help You Overcome Your Addiction

Contact Crestview Recovery if shame, anxiety, and hopelessness permeate your life. We want to help you whether methamphetamine vs amphetamine controls your habit. Our drug rehab center in Portland can be the first step on your recovery journey.

We offer drug addiction treatment programs such as:

Finally, stop trying to overcome your addiction alone. Crestview Recovery’s caring and competent staff is ready to create an effective treatment experience for you. Start today by calling us at 866.262.0531.