Do I Have ADHD or Am I Just Lazy? 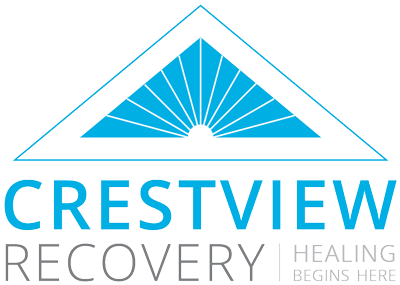 For some people, it’s hard to tell whether or not they have a mental health disorder and need dual diagnosis treatment. For example, it’s common for them to confuse attention deficit hyperactivity disorder (ADHD) with being lazy. While it might sound odd to confuse the two, there are good reasons why people make this mistake. Because of that, it’s time to ask yourself, “Do I have ADHD or am I just lazy?”

Why Do People Confuse ADHD and Laziness?

People with ADHD sometimes perform at lower levels than their peers at school. This may be because they have trouble staying organized, paying attention to detail, focusing, and completing tasks. However, their lower academic performance is not due to a lack of intelligence. With proper management, coaching, and discipline at a mental health treatment program, individuals with ADHD can definitely achieve academic success.

ADHD & Laziness Are Not the Same

Before getting an ADHD diagnosis, people with this problem have trouble focusing. Their minds work overtime, but they have difficulty completing tasks on time. For those on the outside looking in, it appears that people with ADHD are too lazy to finish their work. In reality, they just can’t focus, which makes completing work difficult.

Do I Have ADHD or Am I Just Lazy?

Knowing the link between ADHD and laziness, how do people respond to, “Do I have ADHD or am I just lazy?” In truth, they can’t answer this question without professional help. Only a doctor can diagnose ADHD.

However, there are a few scenarios in which people can determine if they’re just lazy or have the disorder. First, they have to look at how they react during a crisis. While ADHD might cause trouble focusing in normal situations, high adrenaline situations make the brain work harder. People who are a mess under stress might not have ADHD.

Next, people need to ask themselves if they meet their potential. If they feel pretty good about what they accomplish, they likely don’t have ADHD. People with this disorder rarely feel like they accomplish a lot even when they achieve their goals.

Do I have ADHD or am I just lazy? When you ask yourself this, consider another question: does your difficulty with concentrating come and go? If you said yes, then you don’t have ADHD. This disorder is present in your DNA. Because of that, people do not have ADHD one minute and don’t the next.

Additionally, take a look at your family tree. Does anyone else in your family have ADHD? If not, there’s a good chance that you don’t have it either. After all, ADHD is the genes, so it is rare to see only one person in a family develop it.

It’s common for people with ADHD to abuse drugs. They use drugs to fit in or help themselves focus. At Crestview Recovery, we understand the risks. For this reason, we offer a drug and ADHD treatment program. Some of our other programs include:

Are You Struggling With Your Mental Health?
September 21, 2021

How to Deal With Both Mental Health Disorders & Addiction
September 20, 2021