Adderall vs Ritalin: What’s the Difference?

Why do people often compare Adderall and Ritalin? The main reason is that both of these drug brands treat ADHD. When it comes to Adderall vs Ritalin, what’s the difference? 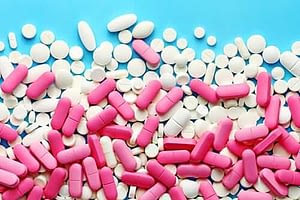 The first thing to note about Adderall vs Ritalin is that they’re different in more than just name. Yes, both of these drugs treat ADHD and have many similarities. For example, they’re stimulants and have a high potential for abuse. However, they have different chemical structures.

Ritalin contains the chemical methylphenidate. Adderall, on the other hand, contains a mix of amphetamine salts. While these drugs contain other ingredients too, those are the two main ones.

Is One Brand More Addictive Than the Other?

First, it’s important to make clear that both Adderall and Ritalin are extremely addictive drugs. In fact, they’re Schedule II controlled substances. However, some studies suggest that Adderall might have a slightly higher potential for abuse.

Most experts believe that the greater abuse potential comes from the bigger rush that people get from abusing Adderall. Unfortunately, only a few studies can back up these findings. Other experts simply think that the addictive nature of the drug depends on the people who use them. Their age, health, how often they use, the dose that they take and other factors affect how their bodies react.

Detoxing From Adderall and Ritalin

Detoxing from these two drugs is very similar. In both cases, doctors prescribe sleep aids and antidepressants during the process. They also lower the dose in increments instead of taking away the drugs all at once.

With proper medical help, people can manage Adderall and Ritalin withdrawal symptoms. If they take large doses of either drug, they should avoid quitting all at once. Instead, they need to gradually step down to keep withdrawal symptoms in check.

Let Us Help You Recover From ADHD Medication Abuse

At Crestview Recovery, we help people just like you with Ritalin and Adderall addiction treatment. We don’t worry as much about the debate between Adderall vs Ritalin. Instead, we focus on getting you the help that you need to overcome either drug. Some different programs that we use include:

Find out what it takes to stop drug cravings in their tracks. Turn to us to find out why so many people put their trust in us. Call us at 866.262.0531 for more information about how we can help.