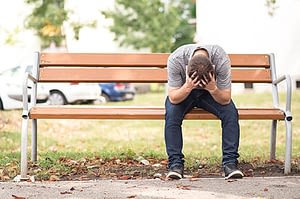 A person with Discouraged BPD tends to be extremely dependent on their loved ones. While they may seem dejected on the outside, they may have extreme feelings of passion or anger for people on the inside. Often, people with this type of BPD seek love and approval but struggle with low self-esteem and poor self-image.

These symptoms may compel people to socialize less and even isolate themselves from others. As with many other types of Borderline Personality Disorder, a person may try to cope in dangerous ways, such as self-mutilation or even suicide.

A person with Impulsive Borderline Personality Disorder may be difficult to detect. This type of person often loves to talk, cracks jokes, and cares about self-image. Often, they crave attention and cannot stand boredom. As a result, they act impulsively and engage in risky behaviors.

When these impulsive behaviors land the individual in trouble, they may feel down and begin using addictive substances to cope with the emotional pain. They may even use self-injury as a maladaptive coping mechanism. As all types of borderline personality disorder can be difficult to detect, it’s important to know the signs so you can help your loved one find treatment quickly.

A person who exhibits signs of Petulant Borderline Personality Disorder is impatient, irritable, and unpredictable. Their angry outbursts may surprise loved ones, while their own frustrations bog them down. Unless an individual with Petulant BPD gets what they want, they may stubbornly refuse to admit their mistakes or give in.

People with this type of BPD are also easily disillusioned when things are not going their way. They may cope by being passive-aggressive or engaging in self-harm.

Someone with Self-Destructive Borderline Personality Disorder is often highly self-critical and extremely dependent. They may have deep desires, but their feelings of bitterness, fear of abandonment, and a poor sense of self, prevent them from realizing those goals. Often, they form self-destructive coping mechanisms, such as acting in reckless ways that put their lives or reputations in danger.

The symptoms of the four types of borderline personality disorder can overlap. As human beings are inherently complex, only specialists and master therapists should treat personality-related disorders.

There are, however, certain symptoms you can look out for. These include:

Where to Go for Post-Covid Anxiety Treatment
September 11, 2018