Many people wonder about scopolamine side effects. This dangerous prescription drug treats Parkinson’s disease, muscle spasms, and irritable bowel syndrome. However, as Vice News reported, the drug is also used to render people “submissive” to captors or those who wish to harm them. If you abuse scopolamine, treatment is the only way out of your dangerous gamble with your life. 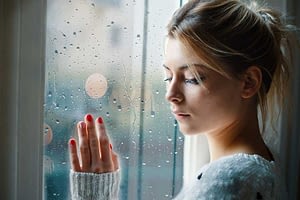 When put into drinks, food, or on pieces of paper, scopolamine powder can cause individuals to act submissively. They become so easily manipulated by others that some victims suffer total financial loss and other damages because they fall under the influence of thieves and kidnappers.

There is no wonder why Vice News calls scopolamine the most dangerous drug in the world due to the scopolamine side effects. The drug has positive effects on people with Parkinson’s disease, irritable bowel syndrome, or motion sickness. It’s also available as a behind-the-ear patch to remedy vomiting or seasickness or surgical painkillers. However, pharmacies no longer carry the tablet form of the drug, as its maker discontinued the drug in 2011.

Some off-label uses of the drug help people with depression, asthma, or chemotherapy-related sickness. It even helps some quit smoking. The FDA approved the drug for prescribing in 1979.

Derived from the belladonna plant, scopolamine makes its way into hands of people interested in abusing the drug. In the past, prison inmates illegally obtained scopolamine and crushed the tablets to experience hallucinations, amnesia and other effects. However, outside of prison, criminals use the drug to sedate victims.

Scopolamine causes serious side effects. These include agitation, confusion, rambling speech, hallucinations, and paranoia. People also may suffer allergic reactions, such as difficulty breathing, constriction of their throat, hives, and swelling of the lips, face, and tongue. The drug also aggravates pre-existing health problems like problems with urination.

Common scopolamine side effects also include:

Help for Scopolamine and Other Drug or Alcohol Abuse

If you abuse scopolamine or other substances, you need treatment for this abuse and possible addiction. Furthermore, choosing to abuse drugs of any kind usually means you suffer root problems leading you to self-medicate or numb yourself to these problems. When you’re in rehab, you learn about your causes of addiction and how to prevent substance abuse in your future.

Common programs you need in rehab treatment include: