Many people think of marijuana or weed as a harmless drug. After all, states around the country are starting to make the drug legal. However, alcohol is a legal drug but still causes terrible withdrawal symptoms. If weed also causes withdrawal, then what is the marijuana withdrawal timeline?

Does Marijuana Cause Withdrawal? 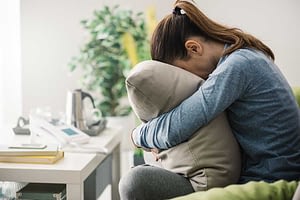 Despite popular belief, marijuana causes withdrawal symptoms. Experts say that the potential for addiction and withdrawal is strong in teens and those who abuse other drugs. Unfortunately, there are few legitimate studies about the addictive nature of weed. One reason is that federal restrictions on the drug make it hard for researchers to test it.

However, what experts do know is that, unlike drugs such as alcohol, THC ends up in fat cells. Because of that, it takes the body a lot longer to get rid of THC than other drugs. Furthermore, THC can still show up in the body after a couple of months. On the other hand, the body can filter out water-soluble drugs in just days or weeks.

The first signs of withdrawal typically start within the first 24 hours after the body processes the last THC molecules. The brain begins to rely on the THC. When it doesn’t get the next dose, it experiences a disruption in the chemical balance.

During this time, people experience many side effects. They’re non-life threatening but can cause some discomfort. The most common ones include:

Over the next couple of days, people start to experience more physical symptoms. During days two and three of the marijuana withdrawal timeline, people experience headaches and sweating. They have strong cravings for the drug as well.

The next stage of the timeline may start on day four. Sometimes it takes up to 14 days before people reach this part of the withdrawal timeline. When they do, they still have intense cravings and can develop depression.

After day 15 with no weed, people’s symptoms begin to lessen. However, they’ll continue to experience some side effects such as coughing, insomnia, and anxiety.

We Can Help You Overcome Marijuana Withdrawal

At Crestview Recovery, we know how addictive weed is. We also know that the withdrawal symptoms are hard to handle. That’s why we provide the tools that you need to overcome marijuana addiction and prevent relapse. Some of the programs and services that we have include:

Don’t let false information about weed keep you from seeking help. Learn more about the marijuana withdrawal timeline. Reach out to our friendly staff members today at 866.262.0531.

Did You Know October Is National Antidepressant Awareness Month?
October 19, 2018

The OCD and Alcoholism Connection
September 30, 2021

Vicodin and Teeth Extractions: The Real Risks You Need to Know
September 29, 2021

What Is Dual Diagnosis Treatment?
September 29, 2021