One of the main reasons why people don’t seek rehab for Adderall addiction is because they’re afraid of withdrawal. Fearing withdrawal is normal because of the discomfort that it causes. However, people can take comfort in the fact that withdrawal doesn’t last forever. If that’s the case, how long do Adderall withdrawal symptoms last? 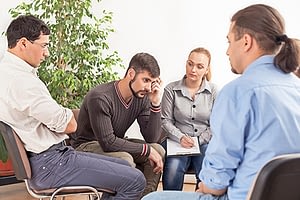 First things first, what is Adderall? Before people can learn about the withdrawal symptoms of a drug, they need to know what that drug is. Adderall is a medication that doctors prescribe to people who struggle with ADHD.

In general, doctors don’t just prescribe Adderall alone. Usually, people have to engage in some kind of social or psychological therapy at the same time. The goal isn’t for them to stay on Adderall forever. After all, the drug can lead to addiction.

Why Do People Abuse Adderall?

If people don’t have ADHD, Adderall affects them differently. Taking it gives them intense focus and extra energy. For that reason, many students abuse Adderall while they’re in college. They use it as a study drug for late-night cram sessions before big tests.

Others use Adderall as a party drug. It gives them large amounts of energy to keep them up for hours. With that said, Adderall withdrawal symptoms can occur when people stop taking the drug. The longer they take Adderall, the more likely they are to experience these side effects.

What Are Some of the Symptoms?

The withdrawal symptoms that occur with Adderall abuse are uncomfortable. However, this drug withdrawal doesn’t usually cause life-threatening side effects. Some of the most common ones include:

At the same time, people still shouldn’t try to detox without professional help. Doing that often results in relapse.

Now that people understand more about the drug, it’s time to answer the main question. In general, these symptoms last about four weeks. People start to feel the onset of withdrawal at around the 24- to 72-hour mark. After that, the withdrawal symptoms peak in about a week.

Of course, this timeline differs depending on the individual — the longer that people take the drug, the more intense that the withdrawal symptoms become. Likewise, they’re likely to experience the side effects sooner.

Don’t let not knowing how long do Adderall withdrawal symptoms last keep you from getting help. Detox from Adderall, and then get rehab at Crestview Recovery. We can determine the root cause of your addiction. Our team will create a custom treatment plan using services such as:

Don’t let withdrawal keep you from getting the treatment that you need. Learn more about how long do Adderall withdrawal symptoms last. Get further information about our programs when you contact us at 866.262.0531.

Did You Know October Is National Antidepressant Awareness Month?
January 19, 2019

The OCD and Alcoholism Connection
September 30, 2021

Vicodin and Teeth Extractions: The Real Risks You Need to Know
September 29, 2021