Man-made or designer drugs are some of the most dangerous that people can use. One example is Flakka. This man-made drug has ushered in a new era of bath salts. Unfortunately, Flakka drug effects are dangerous and potentially deadly for anyone who uses it. 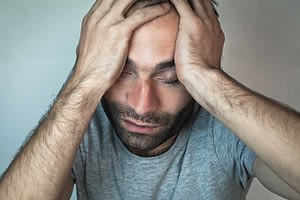 Flakka is an illegal street drug that first emerged in South Florida. It’s a synthetic version of cathinone, which is a stimulant that naturally occurs in the khat plant. People in Africa and the Middle East chew on khat for the mild euphoric buzz that it creates.

Flakka, on the other hand, takes this “buzz” to a new level. People who make it continue to increase its strength. The National Institutes of Health say that Flakka is now just as potent as meth.

What Are the Flakka Drug Effects?

The first thing that people notice about Flakka drug effects is that they cause hallucinations and frantic thoughts. The hallucinations and the high amount of energy that it produces is a bad, and sometimes, deadly combo. In fact, many users have attacked police, random people, and even animals. In one instance, a man impaled himself on a metal fence while trying to scale it.

The delusions also come with extreme paranoia. It’s one reason why others see people on Flakka hiding or crying. To make matters worse, the paranoia makes it hard for others to help them. They don’t trust anyone, so they may lash out at those who try to help.

Flakka tends to produce a burst of strength and power much in the same way as PCP. This effect makes it even more dangerous when users lash out at others. In some cases, it takes multiple police officers just to hold down one man who is high on Flakka.

However, the hallucinations are just the start of the problems. Flakka is also extremely addictive. As people come down from the high, they typically suffer from depression and extreme fatigue.

There are also a number of adverse Flakka drug effects that harm the body in the long run. It causes kidney and renal failure, for instance. According to the news, Flakka has negative long-term effects on the brain, including the development of many mental disorders.

Get Help for Flakka Addiction

Flakka is an extremely addictive drug that can lead to death if you don’t get help. At Crestview Recovery, we offer a Flakka addiction treatment program. We help people just like you gain access to the tools and knowledge that they need to overcome addiction and avoid relapse. Some of the programs that we provide include:

Get help overcoming Flakka drug effects. Put your trust in us. Call our facility at 866.262.0531 to get help with drug addiction.