Ecstasy, or MDMA, rose to popularity in the 1970’s and is now known by many names across the United States. Over time, studies have shown a number of unpleasant side effects, health problems, and even addiction. These dangerous ecstasy effects showcase behavioral and physical changes that can be easy to spot. 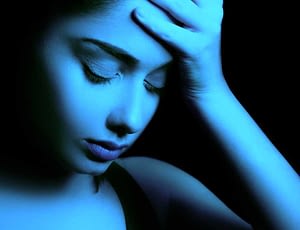 Taking ecstasy can increase physical sensation. It can also boost energy and focus for a short period of time. Unfortunately, not all short-term side effects of ecstasy are pleasant.

Using ecstasy can also cause nausea, muscle cramping, and an increase in body temperature. Extreme sweating, a fever, and dehydration are common as well. Some users also experience blurred vision, fainting, hallucinations, tremors and tension in the mouth or jaw.

Some individuals take ecstasy for the psychological side effects. Once again, however, not all of them are pleasant or desirable. A feeling of euphoria originally led ecstasy to the forefront of American culture in the Seventies.

However, ecstasy can also cause scary hallucinations, anxiety, and depression. A so-called “bad trip” can be overwhelming and lead to a panic attack.

Symptoms of an Ecstasy Overdose

Ecstasy overdoses are often caused by a practice known as piggybacking. This is when users consume doses of ecstasy at regular intervals in order to maintain the high for as long as possible. This can lead to seizures, organ failure or a total loss of consciousness.

Long-Term Effects of Ecstasy Use

One of the most worrying long-term effects of ecstasy use is an addiction. Over time, the body will become dependent on the drug. Tolerance can increase, requiring increasingly large doses of the drug in order to function.

Chronic use of ecstasy will damage the serotonin neurotransmitters in the brain. As a result, long-term symptoms of ecstasy use include depression, anxiety, and memory loss. The drug wreaks havoc on sleep patterns and periods of alertness will be paired with low periods of lethargy and insomnia.

Addiction treatment programs are the best way to overcome an addiction to ecstasy. At Crestview Recovery, patients can choose from programs such as intensive outpatient, partial hospitalization or extended care rehab. Each program is determined to provide a foundation for sobriety that lasts a lifetime.

To achieve recovery, patients can participate in a number of therapeutic services, including:

To avoid ecstasy effects of prolonged abuse, addiction treatment is the right choice. At Crestview Recovery in Portland, Oregon, quality treatment can lead you on the road to recovery. Start overcoming addiction once and for all by calling 866-580-4160.