Heroin is a dangerous drug that affects the body in many ways. It’s impossible to cover all the dangerous heroin side effects because scientists continue to learn about new issues. However, it’s possible to discuss the top three dangerous side effects of taking heroin.

Mental Health and Heroin Side Effects 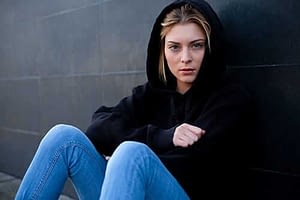 The first dangerous side effect of heroin is what it does to the brain. Heroin causes a chemical imbalance that leads to dangerous mental side effects.

Although heroin use can cause mental illnesses to develop, it’s possible for mental disorders to be present beforehand. Doctors or therapists use medical tests and therapy to determine which came first.

On that same note, studies show that heroin damages the lungs. This damage is the reason why so many heroin users suffer from lung failure and disease. It’s common for them to get tuberculosis after taking heroin.

Another side effect of using heroin is the lifestyle choices that people make while taking the drug. Heroin paraphernalia usually includes needles, spoons, belts and other items. People use them to administer the drug.

When they first start out, they typically take great steps to ensure that they use clean needles. As their addiction worsens, however, they start taking bigger risks such as sharing needles. This risky behavior can lead to the development of infectious diseases such as AIDS and HIV.

Keep in mind that the type of paraphernalia that people use depends on how they use the drug. It’s possible to smoke, snort and inject heroin. Those who smoke it have to roll their own heroin or use a pipe. If they snort, they need straw-like devices.

Heroin is extremely addictive, and the country is currently in the middle of an epidemic. However, that doesn’t mean that you can’t find help. At Crestview Recovery, we take great pride in helping people get well after they finish going through heroin withdrawal symptoms at a medical detox facility. Some different programs that we offer include:

Remember that you don’t have to fight heroin addiction alone. Get the help that you need to kick your drug habit to the curb. Reach out to us today at 866.262.0531 to find out how we can help get your life back in order.