When people hear the phrase opioid epidemic, they often think of heroin. While heroin is a big problem in the United States and around the world, it’s not the only opioid causing addiction in the country. Synthetic opioids are also largely to blame, and they can be incredibly potent. Explore the issue of carfentanil vs fentanyl to learn more about the differences, the similarities and how to recover from both. 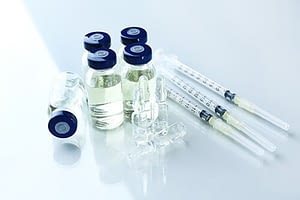 Carfentanil is an opioid painkiller, but it was never intended for human consumption. Carfentanil is a staggering 10,000 times stronger than morphine. It’s almost impossible to understand how devastating the consumption of carfentanil can be.

Carfentanil is so potent that just two milligrams, or the weight of about 34 grains of salt, is enough to sedate an entire elephant. Just touching carfentanil with your bare hands can lead to awful side effects.

Because of the potency of carfentanil, there is no safe way to consume this drug. If you overdose on carfentanil, you’ll need several doses of naloxone — which may not even work. The use of carfentanil can lead to drowsiness, trouble breathing or unconsciousness.

Like carfentanil, fentanyl is a synthetic opiate. Typically, fentanyl is 50 to 100 times stronger than morphine. That makes it significantly stronger and more dangerous than a drug like heroin.

Fentanyl does have legitimate medical uses. Often, doctors prescribe it as a patch because ingestion would be too much for the body. However, illegitimate use is often a problem in other street drugs. Dealers might mix it with heroin or cocaine to cut costs and create more dramatic effects for users.

Fentanyl is responsible for many overdoses, some of which are fatal. Since fentanyl is so potent, addiction can develop quickly or even after a single use.

Carfentanil Vs Fentanyl: Which is Worse?

In the question of carfentanil vs fentanyl, there are no real winners. Both drugs are dangerous, but carfentanil is worse on many levels. To start, there is no legitimate reason to use carfentanil. Any use, large or small, is illegal and can be a threat to your life.

Carfentanil is roughly 100 times stronger than fentanyl. While a few specs of fentanyl can lead to a fatal overdose, it takes even less to die of a carfentanil overdose. Sadly, people cut street drugs with both substances and make them even more harmful to users.

If you’re addicted to opiates, then you risk injecting fentanyl or carfentanil by accident. If you struggle with fentanyl abuse or you just want to avoid an overdose, it’s time to get professional support. At Crestview Recovery, you can fight back against drug abuse and addiction once and for all. Successful treatment methods include:

Carfentanil vs fentanyl: Is one truly worse than another? Carfentanil is more potent, but both have the potential to ruin lives. Call 866.262.0531 to learn more about Crestview Recovery in Portland, Oregon and your best route to recovery.