Can Heroin Withdrawal Kill You? 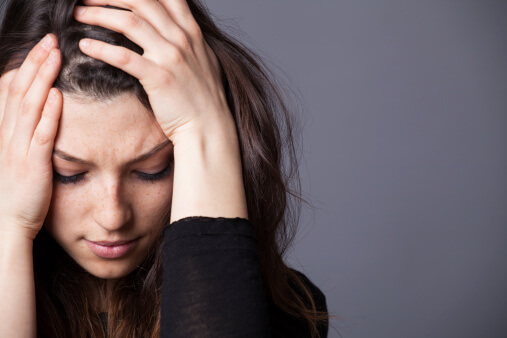 Heroin is one of the most dangerous and addictive drugs in the world. It claims roughly half of its users, a number that is staggering, to say the least. These deaths are fully preventable, which makes the situation even sadder. More and more individuals succumb to heroin addiction each year simply because they’re not willing to seek and accept professional treatment at the heroin rehab center in Oregon. Others truly believe that heroin withdrawal will kill them, which is why it’s so important to answer the question, “Can heroin withdrawal kill you?”

Much like opium and morphine, heroin is derived from the resin of poppy plants. First, the individual who makes the drug removes the opium–which resembles a milky type of sap– from the pod of the poppy flower. Once he or she does this, he or she will then go on to refine the opium into morphine. Refining the substance further results in various forms of heroin.

Many users inject heroin, which increases their risk of contracting AIDS and other infectious diseases. Some also smoke or snort the drug. Upon entering the brain it immediately converts back into morphine. Users feel an initial “rush” as the heroin enters their bloodstream. Feelings of warmth and dry mouth also often accompany this rush. In some cases, individuals may experience nausea and vomiting during this initial reaction.

Once the initial effects of heroin wear off, feelings of drowsiness, along with the slowing of basic bodily functions like breathing present themselves. The heart rate can slow enough that coma or death is possible.

A couple of hours later, once the drug’s effects wear off, the body begins to crave another “hit.” If an individual doesn’t give the body more heroin, it throws itself into withdrawal mode in an attempt to restore normal function.

Heroin withdrawal isn’t lethal on its own, but the misery and discomfort that the symptoms produce are enough to make most heroin users wary of ever attempting to get clean. Some individuals even resort to suicide when the withdrawal symptoms became too painful to bear.

Heroin detox centers in Oregon provide a safe solution to heroin withdrawal. No matter your financial, family, or health situation, caring experts are here for you. With professional rehab, you can achieve the addiction recovery you never thought possible. Please reach out for help today!

Can Heroin Withdrawal Kill You?

Withdrawal typically begins within hours of the last “hit” and generally last around 1 week. Some of the symptoms and side effects involved in the heroin withdrawal process include:

While withdrawal itself isn’t deadly, many individuals who attempt an at-home detox overdose when the withdrawal symptoms become too difficult to bear. They may take more than they’re used to or even try to resort back to their normal dosage. A heroin relapse is incredibly dangerous.

The dosage that can cause a fatal heroin overdose is only 8 times the amount that is needed to achieve a “high.” Because of this, it’s extremely easy to die from a heroin overdose. Anyone looking to get clean should seek help immediately from a qualified detox facility.

Get Help for Heroin Addiction

At Crestview Recovery in Portland, Oregon, we offer judgment-free and compassionate care to individuals who are struggling with drug and alcohol addiction. We offer an array of treatment services and programs, including an option for extended care treatment in OR.

We have the tools and resources necessary to help you stop the abuse and learn how to prevent future relapse. Long-lasting sobriety will require a daily commitment and effort on your part, but you can make this positive change in your life if you truly want it. Heroin addiction treatment programs and therapy includes:

Initiate Change in Your Life Today

Now that we’ve answered the question, “Can heroin withdrawal kill you?”, it’s time for you to decide whether or not you’re ready to make your sobriety a priority. Your progress and overall health are our top concerns at Crestview Recovery. We’ll be by your side through every step of the recovery process, from enrollment to successful completion of our programs. Call us at 866.262.0531 and we’ll put you on the path to independent and sober living.