Heroin abuse and overdose rates continue to increase in America. In fact, the abuse rates are so high that many states label the problem a public health emergency. Several elements have led to an uptick in how many people abuse heroin. Below is more information about this drug and why there’s been an increase in abuse.

Why Is Heroin Abuse on the Rise? 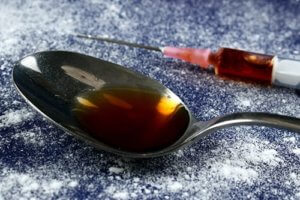 Heroin abuse across the United States continues to rise with no end in sight. Many want to know the cause of this increase. Unfortunately, experts say that there’s no single reason. In reality, multiple factors have come together to create the perfect storm.

However, there’s one issue that some experts claim is the biggest culprit behind the upturn in abuse. They blame the increase in opiate prescription drug abuse such as Vicodin and OxyContin. These drugs produce a very similar high to that of heroin.

People start off abusing the drugs that they get from their doctors. Once they can no longer get the prescriptions, they try to buy these drugs from street dealers. However, they’re expensive and not easy to obtain. Eventually, they turn to other drugs, usually heroin.

Heroin Is the Leading Cause of Accidental Death

People often find it shocking that regular, average people use heroin. However, it’s not just a problem far away from home. Even a neighbor who lives in a suburban area might struggle with heroin abuse.

According to research, the average heroin user is white, in his or her mid-to-late 20s and a suburban resident. Everyone knows at least a few people who fit that description. In fact, studies suggest that almost everyone knows a heroin user, but they might not know that the person uses. This problem is much closer to home than people realize.

Even after people stop taking heroin, it can cause health problems. Some of the most common include:

Heroin causes mental problems as well. These occur because of the chemical imbalance that the drug creates in the brain. For example, people who abuse heroin typically suffer from insomnia, anxiety, and depression. These issues continue long after they stop taking the drug.

Detoxing from heroin isn’t typically deadly. It’s uncomfortable, but the side effects don’t put people in fear for their lives. Overdosing on heroin, however, is deadly. That’s why it’s so important for people to get help for heroin addiction.

Heroin overdose symptoms are pretty easy to spot. The condition causes slowed breathing, cold skin, and blue nails or lips. When someone overdoses on heroin, it’s important to get help right away.

Get Help for Heroin Addiction at Crestview Recovery

Are you looking for help with heroin abuse? If so, consider getting treatment in Portland at Crestview Recovery. We provide help for people just like you who struggle with addiction. Some of the programs that we offer include:

Let us create a custom treatment plan for you. A tailored treatment plan ensures that we address your main areas of concern. We strive to find the source of your addiction. Addressing the cause is a key factor in relapse prevention later in your life.