There’s always an air of mystery that surrounds drugs. Some of this mystery comes from people spreading myths about drugs that they know nothing about. Unfortunately, this lack of knowledge makes it difficult for people to protect themselves against drugs. Below are a few myths that everyone should know. 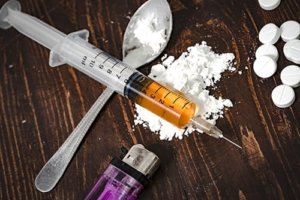 Some people mistakenly think that prescription drugs are good because they aren’t illegal. However, it doesn’t matter if the drug is legal or illegal because people can still abuse it. In fact, prescription drug abuse is on the rise in the United States. These kinds of myths about drugs create a false sense of security that leads people unknowingly into addiction.

Addiction Is a Moral Failure Within the User

Some people think that drug addiction within an individual is a moral failure or a character flaw. However, no single factor leads to addiction. Several factors increase people’s chances of falling victim to the disease, including:

People With Addiction Are Easy to Spot

A lot of websites provide signs and symptoms for spotting people with addiction. This leads many people to believe that detecting addiction in loved ones is easy. However, some people are better at hiding the disease than others. Unfortunately, many of the signs that point to someone having an addiction are circumstantial.

Drug Use Isn’t a Concern After Rehab

Some people think that once they finish addiction rehab, they no longer have to worry about psychological dependence and drug use. In reality, everyone who recovers from addiction needs to worry about relapse. The battle to stay sober is an ongoing process, but rehab can make it easier.

People Who Function Normally on Drugs Don’t Have an Addiction

It’s also common to believe that if an individual can function normally, they don’t have a drug use problem. However, they build up such a tolerance to drugs that they can function on them. Despite functioning semi-normally, they still have a substance use disorder.

Learn More Myths About Drugs and How to Recover From Addiction

At Crestview Recovery, we know that there are many myths about drugs. We work hard with our clients to bust these myths and teach them how to overcome addiction. Our rehab center offers several fantastic programs, which we help tailor specifically for each client. Some of the programs that we offer include: