Though it’s illegal, it’s not uncommon for kids to start drinking in high school or early in college. When they enter adult life, most cut back on the alcohol. Those who don’t come face-to-face with the long term effects of alcohol abuse, especially binge drinking. 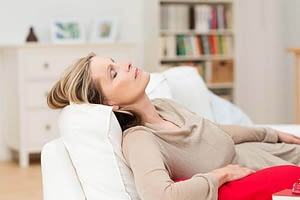 Long-term drinking can damage the liver in several ways. It can cause fat cells to form in the liver. That in and of itself will make it harder for other injuries and illnesses sustained by the liver to heal.

Other potential long term effects of alcohol include alcoholic hepatitis. This can lead to an inflamed liver. Going to alcohol treatment programs and committing to abstinence from alcohol may help relieve some of these symptoms.

Probably the most deadly liver disease is cirrhosis of the liver. It occurs when the liver develops hard, plaque-like scars. The only treatment for this is an organ transplant.

In order for you to get a transplant, you’ll need to attend drug and alcohol addiction treatment programs. You’ll also need to develop a maintenance plan so you can commit to a life of sobriety. Often, you’ll need to prove that you’ve been sober for a certain amount of time before you can get approval for a transplant.

When you drink too much and too long, chemical changes begin to take place.
If you were young when you started drinking, by middle age, your brain cells begin dying more quickly than they would have otherwise. You may start to experience mild symptoms of dementia.

A series of changes to the heart is one of the long term effects of alcohol. You may start to develop blood clots which, left untreated, can lead to heart attack and stroke. Other conditions affecting the heart include ventricular fibrillation which can cause sudden death and cardiomyopathy.

A male who drinks too much and for too long may find that he is producing a smaller amount of sperm. This can make it difficult for him to reproduce.

A woman who drinks heavily can still conceive, but risks giving birth to a child with Fetal Alcohol Syndrome. A FAS child typically has a lower than average IQ and trouble picking up on social cues.

Heavy drinking can put you at a higher risk of cancer. Some of the types of cancer you risk include

Fight the Long Term Effects of Alcohol Use

Because of the dangers of long term effects of alcohol abuse, it’s important to go to a drug and alcohol addiction treatment center. As you go through the program and start recovery. your body and mind will feel much better. Call Crestview Recovery at 866.262.0531 today to begin recovery.