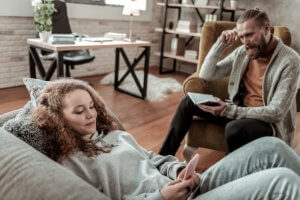 Alcoholism is one of the world’s oldest forms of substance abuse. It remains one of the most destructive. The Pacific Northwest, like other regions, has families affected by alcohol abuse. Yet, most people who abuse alcohol and drugs do no admit they have problems and never seek help. Often, family and friends are the ones who convince someone to seek advice. In the Pacific Northwest, Crestview Recovery helps with alcohol treatment programs Oregon families find effective. We do not judge those who come to us for help. Instead, we help them and their families defeat drug and alcohol use disorder.

Signs of Alcohol Use Disorder

Many people drink socially and have no problems with it. Yet, many others can’t have one or two drinks in a social setting and leave it at that. They have to drink often every day to satisfy the effects of alcohol use disorder. Those who suffer from the disease are not necessarily alcoholics. And the results often impact more than the person struggling with the disorder. It also affects friends and family – especially children and spouses. The disease ranges from mild to severe, with binge drinking and similar abusive behavior and the soft end, and full-on alcoholism and addiction and the sharp end.

Alcohol use disorder is a widespread problem that can afflict casual drinkers and well as alcoholics. If you worry that you or someone you know suffers from alcohol use disorder, the Salem alcohol rehab center suggests looking for some of the following symptoms:

Signs of any two or more symptoms likely means a problem exists. Yet, the person with the disorder might dismiss the idea that there is a real problem. If you are the one struggling with alcohol, you might find it hard to admit you have a problem. Like many, you don’t want to admit you are out of control and need help. Or, it might be a family member who suffers but does not want to admit help is needed. Most times, the only real barrier to getting help is mental. It just takes the desire to get help before it can be found at places like the Salem alcohol rehab center.

Studies show about 85 percent of all people suffering from alcohol use disorder never get help. Most of them don’t seek help. Many others do not know what kinds of help they might get from local programs like the Salem alcohol rehab center. The National Institute on Alcohol Abuse and Alcoholism says a lot of those who have alcohol use disorder likely would get help if they realized they have a problem, and treatment can help control it. Most treatments at the Salem alcohol rehab center involve a combination of medical treatment to help deal with withdrawals and other problems caused by chronic drinking. Behavioral therapy also helps those suffering from alcohol dependency to regain control of their lives and kick their destructive vices.

You don’t have to let drugs and alcohol wreck your life or your families. If you or someone you know has a problem with alcohol, you can find help by calling Crestview Recovery toll-free. One call might prove to be a truly life-changing moment for you and your family at the Salem alcohol rehab center. 866.262.0531