Many medications on the market are both helpful for and potentially harmful to people. Pain medication is an example of one type that can greatly help a person who is suffering, but at the same time it may cause addiction. People diagnosed with attention deficit hyperactivity disorder (ADHD) also get prescriptions that have the risk of abuse. While most people are familiar with Adderall, Vyanse is another medication that treats ADHD. However, if you misuse the medication, you will need the assistance of Vyvanse addiction treatment or a substance abuse treatment center in Portland, Oregon. Let’s take a closer look at this medication to understand its risks and how it works.

Vyvanse is a medication similar to Adderall. It consists of the central nervous stimulant amphetamine but it’s combined with lysine. So the ingredient, once combined, is called lisdexamfetamine. However, it works in much the same way as any other stimulant works.

Vyvanse is also chemically similar to meth, which is a highly addictive stimulant that doctors rarely prescribe but made in labs and sold on the streets.

How Do You Take Vyvanse?

Vyvanse is taken by mouth once a day. It comes in only a delayed-release formula capsule, which makes taking it once a day effective. The capsule formula helps prevent crushing it as some people do to accelerate the effects of medication if they are abusing it. However, people can still misuse this medication by taking it when it’s not prescribed to them or taking more than is prescribed.

What are the Effects of Vyvanse?

If a doctor prescribes Vyvanse and you take it as you should, then you may not notice any unusual effects. However, if you take it when it’s not your medication or you take more than necessary, then the following effects may be present:

You may also experience:

People who don’t use Vyvanse properly or take another person’s medicine may become addicted to it. Amphetamine withdrawal symptoms include:

Withdrawing from this medication after using it in this manner may require a substance abuse treatment center in Portland Oregon. 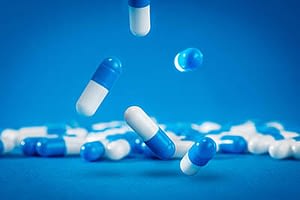 How Do You Treat Vyvanse Addiction?

If you are battling addiction to this medication, then a Vyvanse addiction treatment center in Portland Oregon will be the first step in getting free from it. During treatment, trained professionals will help you’re your symptoms of withdrawal with different techniques and sometimes medication.

In addition, therapists help patients delve into their motivations for taking the medication. This brings to light any past trauma that needs they need to address.

At Crestview, our caring and compassionate staff is ready to help you on your journey to comprehensive healing. At our beautiful facility, you will find a tranquil atmosphere which makes it easy to move forward in life. Trained clinicians will walk beside you on your journey. We offer a broad range of therapy options some of which include:

Don’t let drug problems interfere with your joy in life. Now that you know about Vyvanse addiction treatment you can overcome these problems. Find help at a quality rehab center by contacting us at 866.262.0531. We’ll guide you to the pathway of recovery.