In 2015 in the United States alone, more than 33,000 people died as a result of an opioid overdose. More than half of those overdoses were a result of prescription opioids. If you or someone you care about is abusing opiates, it’s vital for you to learn the signs of an overdose. If you spot them, you’ll be prepared to take action and find help for addiction recovery. 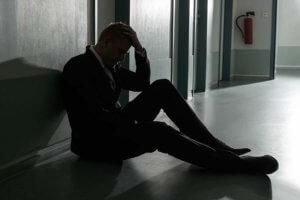 It’s sometimes difficult to determine whether a person is actually in the middle of an opioid overdose. The first way to check is to look at their eyes. If their eyes are closed, you can gently lift up their lids to look at their pupils. During an overdose, the pupils will look like pinpoints.

In normal lighting, pupils adjust to let in lots of light. If they aren’t reacting to light changes, and are less than one millimeter in diameter, they’re pinpoints. There’s no need to get overly specific about measuring pupils. If they look smaller than normal, especially when in combination with other symptoms, then an overdose is likely.

Opioid abuse of any kind can impact the respiratory system. Using opiates, whether heroin, morphine or prescription opioid painkillers, can make it harder to breathe. During an overdose, that problem will only get worse.

It’s possible for people suffering from an overdose to have very slowed breathing. They may also be struggling to inhale. Any breathing problems are severe because they can quickly lead to brain damage or even death.

Someone in the middle of an overdose is also likely going to be non-responsive. You can talk to them, shake them or try to wake them up, but they may still not be able to respond.

You can also look for clues in their body language. During an overdose, the body will be limp. The head will likely be hanging down, not propped or held up in any way. This shows that the individual simply doesn’t have control over their body any longer.

Blue Coloring in Face or Fingers

Another common sign of an opiate overdose is a change in skin color. If you suspect that someone is in the middle of an overdose, their skin could be an indication. A pale face is very common. Also common is a blue face or blue fingertips.

This blueness is also called cyanosis. It happens where there isn’t enough oxygen getting to the blood. If an overdose gets to this stage, emergency treatment is absolutely a necessity.

How to Respond to an Overdose

If there’s any question that a loved one is going through an overdose, get help immediately. Calling 911 is the fastest way to alert medical personnel to the scene.

If you have access to Naloxone, you should administer it. Naloxone instantly reverses the effects of opiates on the body, and it comes in a spray as well as an injection. You may also need to perform CPR if there’s evidence of respiratory failure.

How to Avoid an Opioid Overdose Altogether

The only truly effective way to avoid an opioid overdose is to end opioid addiction. At Crestview Recovery in Portland, Oregon, you can make strides toward a life that is free from addiction.

In treatment, patients have access to a long list of resources and substance abuse treatments. A handful of these can include the following:

Knowing how to spot an opioid overdose could save a life one day. Eliminating addiction at Crestview Recovery in Portland, Oregon, could save a life forever. Take back control over your life by calling 866.262.0531 today.