Crystal meth is a methamphetamine, and it is a drug with stimulant properties. Abusing crystal meth can lead to a lot of serious physical and psychological problems over time. Take a look at the most severe crystal meth effects, and then explore how to fight back against an addiction to crystal meth. 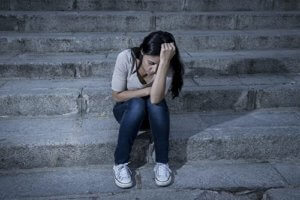 People use meth in part because of its immediate, short-term effects. Using crystal meth can lead to a high or a sense of euphoria. For a short period of time, crystal meth can give users a burst of energy, but that will eventually end. When it does, it leads to a sudden and unpleasant crash.

Using crystal meth for its energy-boosting properties is never a good idea. The drug leads to a number of immediate side effects, most of which are very uncomfortable. Using crystal meth can cause you to struggle with insomnia, appetite loss, dehydration, increased heart rate, high blood pressure, and panic. Worst of all, all of these symptoms can appear just minutes after using crystal meth.

Crystal meth effects can appear after a single use of the drug. With prolonged use comes even more symptoms, many of which are physical. Abusing crystal meth can lead to a number of health problems, and the only way to end them is to end the drug use completely.

One of the most obvious physical crystal meth effects is known as meth mouth. Meth is so chemically harsh that it removes the enamel from your teeth and causes decay. Combined with poor dental hygiene and an increase in sugary foods, meth mouth can be both attractive and painful.

Crystal meth can also lead to permanent brain impairment. It can cause increased blood pressure as well as decreased circulation in the body. Malnutrition and a decreased immune system are two more physical problems caused by crystal meth.

The effects of crystal meth aren’t just physical. Some crystal meth effects can include an impact on mental health and emotional stability. Using crystal meth can cause anxiety, depression, and paranoia.

In some individuals, crystal meth leads to aggression and violence. In others, it may cause hallucinations and even psychosis. It can also lead to a complete dependence on the drug.

Effects of an Addiction to Crystal Meth

Once a person is addicted to crystal meth, they are at risk for all the physical and mental health effects listed above. However, they are also at risk for other symptoms that result from a drug addiction.

Fighting Back Against Addiction

If you want to avoid crystal meth effects for a lifetime, it is vital to stop consumption completely. In a rehab program like the ones available at Crestview Recovery, you can fight back against addiction with a wide range of resources. Some of the therapies available to clients include:

It’s not easy to overcome a crystal meth addiction on your own. Instead of trying it solo, get help from professionals at Crestview Recovery in Portland, Oregon. Call 866.262.0531 to plan the next step of your journey to total recovery.