Struggling with addiction is difficult. Dealing with chemical dependency and a mental health disorder is downright complicated. Yet plenty of people are dealing with both — frequently without realizing it. Here’s what you need to know about overcoming addiction and psychiatric disorders together. 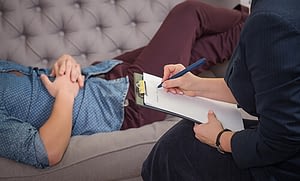 There used to be a time when people blamed bad influences as the reasons for drug abuse. It was the wrong group of friends. On the other hand, maybe there was a bad family life. Though these are certainly contributing factors to drug addiction, they aren’t enough on their own.

Addiction specialists now realize that psychiatric disorders also play a significant role in the development of addiction. A good example of this is the opiate epidemic. Sure, high doses of these drugs create euphoric states in users. However, researchers found that opiates frequently appeal to people with anger management problems.

Opiates have a calming effect on people, which helps them to avoid acting out on bottled up rage. Whereas opioid painkillers are nervous system depressants, cocaine is a stimulant. In the course of research, experts discovered that this drug appeals to individuals with a depressive disorder. Clearly, there’s a correlation between self-medication and mental health disorders.

Therapists work with program participants who present with psychiatric disorders such as depression, anxiety, OCD, PTSD, and anger issues. Most people don’t have a formal diagnosis of their mental health disorder when they arrive at rehab. They do, however, recognize the signs of it after talking with an addiction specialist. In rehab, you refer to the presence of psychiatric disorders alongside addiction as co-occurring disorders.

A dual diagnosis of this kind affects all facets of treatment. There’s no separate curriculum for the conditions. Instead, you see that the diagnosis now affects how therapists apply some of the modalities. Examples include:

Answering the “What Came First” Question

It’s interesting to note that a mental health disorder may not necessarily be at the root of addiction. Although most frequently the psychiatric condition predates the chemical dependency, there are times when it’s the other way around. Consider the person who faces an addiction to cocaine. Ending use of the drug leads to the development of a depression.

It’s possible that the depression was already in the background and perhaps didn’t present any symptoms. Now, the absence of cocaine makes it more noticeable. That said, it’s possible that the chemical imbalances caused by the cocaine led to its development. No matter which condition came first, both require treatment.

Look for a rehab facility that offers gender-specific treatment. It’s impossible to overstate the importance of men and women’s rehab. It enables you to let down your guard and feel safe in the process of treatment. Moreover, you come to realize that you’re not alone in your struggles.

Case in point is Crestview Recovery. There, caring therapists assess and treat you for a dual diagnosis. You don’t have to continue suffering from an addiction. Call 866.262.0531 today to speak with an addiction expert.