It’s common for people to have anxiety or feel panic from time to time. When these emotions paralyze them, however, it’s hard for them to function normally. In these situations, they likely turn to Valium. However, Valium addiction is a real concern that can happen to anyone who takes this drug. 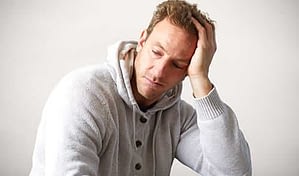 Valium is a name brand for the generic drug diazepam, which is an anti-anxiety medication. It belongs to the benzodiazepine family of drugs. Other drugs that fall into this same family include:

Is Valium Addiction a Big Problem in America?

In 2009, doctors gave just over 14 million Valium prescriptions to their patients. This number went up to nearly 14.7 million in 2011. Experts say that anxiety and panic disorders are some of the most common mental health problems that Americans face. As a result, doctors continue to hand out more benzos year after year.

However, how many cases turn into addiction? Reports suggest that diazepam is the third-most popular benzo on the market. In 2009, close to 5,000 people went to rehab for Valium addiction. This number went up to just over 7,000 in 2011.

People abuse only two other anxiety medications more than Valium, and they are Xanax and Ativan. Of course, all of these anxiety meds have the potential for abuse. The risk increases the more that people take these drugs.

Side Effects of Taking Valium

Even for individuals who don’t abuse Valium, the drug still causes a number of side effects. Some examples include dizziness, sedation, memory problems, and loss of sex drive. In most cases, these side effects only last as long as people take the drug.

These side effects are common when people take any drug that changes the chemical balance in their brains. However, they’re nothing compared to the symptoms of Valium abuse.

Valium addiction and abuse symptoms are extreme. Keep in mind that people might experience these same side effects with nearly any benzo that they abuse. These symptoms include suicidal thoughts, seizures, coma, loss of bladder control, and death.

In some cases, abusing Valium can cause permanent brain damage. However, the best hope that someone has to avoid these symptoms is to seek professional help. The sooner that they get treatment, the better chance that they have of recovering.

When people with addiction stop taking Valium, they suffer from withdrawal. The symptoms vary in intensity depending on how long they took the drug. The dose that they took also affects the intensity of withdrawal.

In most cases, withdrawal from Valium isn’t fatal when done correctly. However, it still causes several dangerous side effects, including seizures, pounding heart, insomnia, and depression.

Get Help for Your Valium Problem at Crestview Recovery

Do you have a Valium addiction or know someone who does? Crestview Recovery can provide the help you need. We also assist people with overcoming psychiatric disorders through dual diagnosis treatment. Our goal is to help you conquer addiction and keep it from coming back.

Crestview Recovery is proud to offer a wide array of treatment programs. We even create custom treatment plans to help our clients recover quicker. This personal touch separates us from other rehab centers in Portland. Some of the programs that we provide include:

Don’t let Valium addiction ruin your life. Get the help that you need today from a rehab center that cares. Call Crestview Recovery at 866.262.0531 today to learn more about how we can help.